All of Efya’s dress changes at Girl Talk 2018

by ghanaweekend
in Events
Reading Time: 2 mins read
A A
0 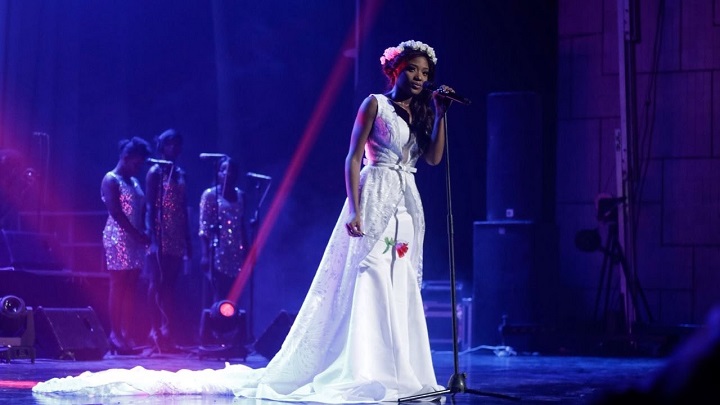 Ghanaian songstress, Efya was at her electrifying best at the 2018 edition the annual Girl Talk concert.

One thing that stood out on the night, aside her outstanding vocal performance were her elaborate costumes which ranged from a futuristic action figure to a run away bride!

Check them out and let us know your favourite or least favourite!

The event which came off yesterday, December, 21, at the National Theatre saw fans and music lovers who turned up for the concert dance throughout the night.

Aside Efya as the female headline act, Sister Derby was also on stage to perform her popular ‘kakalika love’ song. Zylofon music signed artiste, Joyce Blessing also stepped on the big stage to perform her great gospel hits. Even though it was an all-girl event, reggae and dancehall superstar, Stonebwoy also passed through the all-girls show and gave a dose of a splendid performance.

The ladies man, King Promise was also at the event to give the ladies in the house a feel of his melodious voice as he sang his love songs in the auditorium. The born Rock Star will also certainly not be left out when a roll call of the names which represented at the concert is mentioned. The Lynx Entertainment signee decided to get the ladies to sing his songs for him as he was just spotted by the cameras of zionfelix.net on the stage and acting as a leader of a choir.

“The Loud Concert” was also graced with the presence of highlife legend, Abrantie Amakye Dede. The highlife maestro came up on stage and performed some of his great hits with the headline act, Efya. Before he left the stage, he sang his popular hit song ‘Mmaa Pe Sokoo‘, which got celebrities likes Stacy Amoateng, Beverly Afaglo and others dancing their hearts out.