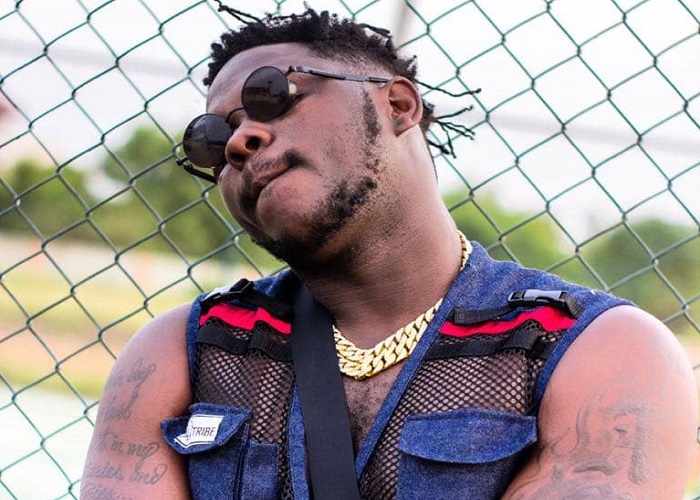 It rather seems Medikal is not letting sleeping dogs lie as far as the beef between himself and Eno is concerned.

The rapper has dedicated his Hip Life song of the Year award to Eno who did not win in any of the categories she was nominated.

On behalf of Vgma, I present this award to eno 💋 pic.twitter.com/dEiWDrb8uU

After losing the best rapper category to Kwesi Arthur, Eno took to social media to post a picture of herself and Strongman from their performance on Friday night.

She captioned the picture saying: “Best rappers” suggesting she should have been the winner. The picture started a conversation on social media

Medikal and Eno have not been on good terms since Sista Afia started a beef between the females in the rap game.

In the quest to reply Sista Afia’s song, Eno Barony included lines which she dedicated solely to a ghostwriter. She believed Sista Afia used the services of a ghostwriter.

Although Eno did not mention names in her reply, social media deduced she was referring to Medikal. This resulted in a back and forth twitter banter between Medikal and Eno despite Medikal’s promise not to reply any beef ever again.