I will go naked if Ghana beats Portugal — Sista Afia 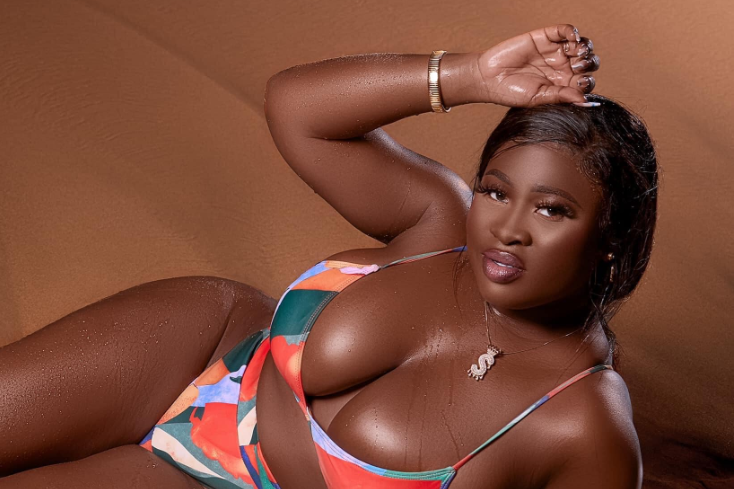 As the Black Stars of Ghana prepare to face Portugal in the World Cup today, many Ghanaians have their hands crossed, and praying for a good result.

Ghanaian songwriter and singer Francisca Gawugah, widely known as Sista Afia has dropped a very controversial statement ahead of the Ghana Black Stars’ clash against Portugal in their first Group H game.

The singer has vowed to go naked should the Black Stars beat Portugal on Thursday, November 24.

“If Ghana scores 3-0 against Portugal, on Thursday I will go NAKED and drop myself in a pool ON LIVE so God help me,” her post reads. 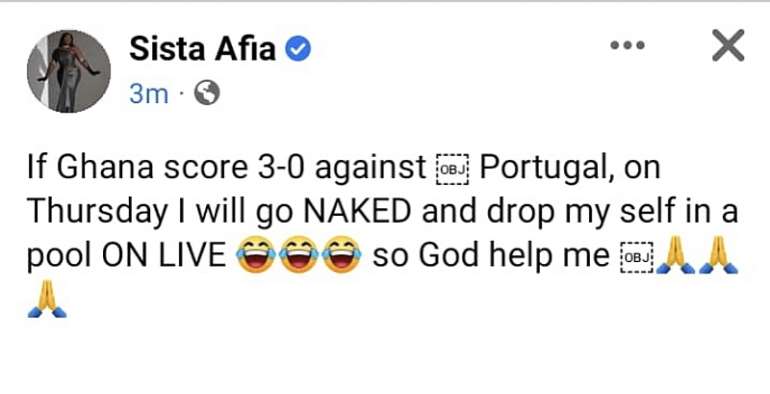 Ghana is set to lock horns with the Portuguese side on Thursday, November 24 in Doha at Stadium 974, in their first World Cup Group Stage competition.

The Black Stars will move ahead to meet South Korea on Monday, November 28, and finally Uruguay on Friday, December 2.

Meanwhile, the Black Stars of Ghana are currently rated as the lowest-performing team among the 32 countries, at 61 on the FIFA world rankings for the tournament, followed by Saudi Arabia.

However, after an incredible performance against the Swiss national team in a friendly game on Thursday, November 17, where the Stars walked over their opponents by 2-0, many now have faith in the team to compete at the Mundial.