Afro Nation forced to stop due to safety concerns 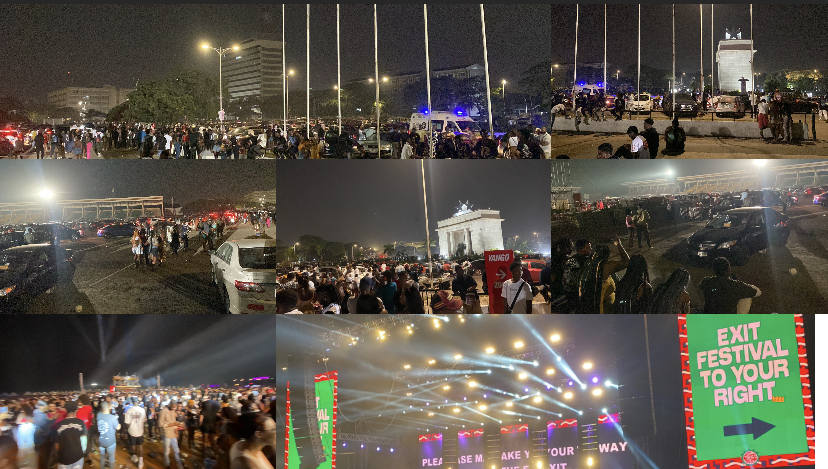 Organisers of the 2022 edition of the Afro Nation Festival in Accra, have explained the rationale behind their decision to end their mega concert abruptly on its second day at the Black Star Square.

Unlike its opening day (on Thursday December 28th) which had all artists showing up on stage to entertain patrons, the ‘Day 2’ of the event was stopped by the organizers due to what they explained as ‘safety issues’.

According to event host, Adesope Olajide aka Shopsydoo, organisers after identifying several security lapses were left with no option but to take such an unpopular decision to safeguard the lives of its patrons.

Shopsydoo said the organisers realized that the crowd at the main entrance had become too huge to control, a situation which gave way for some miscreants to openly disregard the event procedures.

He said, the concert had to be brought to an end to avoid a possible disaster.

He added that Afro Nation prioritises human life   above all other things, and informed the motive behind it taking the decision based on safety concerns.

The announcement was made as patrons waited for Afropop superstars Rema and Asake to perform after French-Congolese singer Dadju’s performance.

Prior to that were performances by Black Sherif, Camidoh and Stonebwoy, which were all incident-free.