Bobi Wine under house arrest as Museveni clamps down 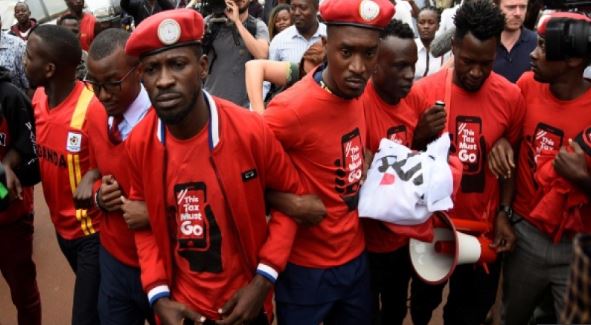 Police in Uganda say they have placed the opposition politician Bobi Wine under “preventative arrest” in his house in the capital, Kampala.

A police spokesman said the singer planned to disrupt public order and officers would stay put outside his home until further notice.

The MP, whose real name is Robert Kyagulanyi, was taken into police custody on Monday when one of his concerts was cancelled and his supporters teargassed.

He said he was “under siege” but urged his supporters to exercise their right to demonstrate.

Bobi Wine has vowed to continue his campaign until President Yoweri Museveni is out of office.

He has been posting updates to his social pages.