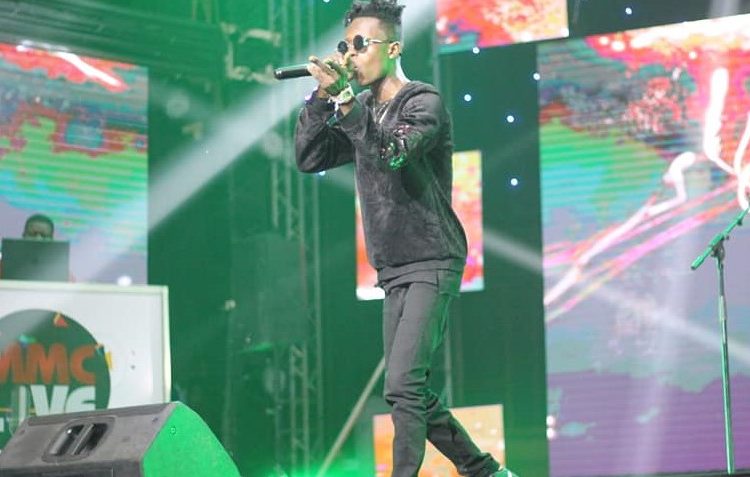 The night was filled with eagerness and laughter where patrons experienced an atmosphere of integrated entertainment sections of music, magic and comedy all on one stage on one night.

The event witnessed a huge audience from all walks of life especially the youth, who had the opportunity to appreciate different kinds of entertainment. It was also a moment of relaxation and fun for all who were present.

The audience went wild with the great performances by MC Acapella, OB Amponsah, Foster Romanus and SDK, who entertained the audience with sidesplitting witticisms to the glee of patrons. The excited patrons could not help but ask for more.

Ghanaian Magician, Christopher Voncujovi, with his dexterity amazed and inspired his audience into the world of magic by dividing a human being into two and joining him into whole again. With this and more, he encouraged the audience to forget their plights and nervousness as he opened up the wondrous fantasy of illusion.

The audience was awed by his magical prowess including an act of putting coal of fire into his mouth and turning a flower into a rod.

As a platform to uncover young and new talents in the entertainment industry, MMC Live 2019 also hosted Kilimist and Mister Myles who shook the venue. The trending Afro-pop Artiste, Strongman Burner, also thrilled the audience with a spectacular performance.

The new artiste of the year, Wendy Shay, took her turn on the stage and treated patrons to an enthralling performance. She performed singalong tunes like Masakra, Uber Driver, Astalavista, Stevie Wonder and commando among others which saw patrons on their feet lib singing and dancing.

To climax the night, Sarkodie, also tagged as the King of rap took over the stage and served patrons with twist back to back hit songs. He performed songs like ‘Original’, ‘Can’t let you go’, ‘Pizza and Burger’, ‘Legend’, ‘Odo’, ‘M3gyi wo girl’ among others. And for the first time, he performed on stage songs like ‘Greatness’, ‘Legend’, ‘Bleeding’, ‘Odo’ and ‘Vintage’ Flow’ all from his latest album, ‘Alpha’.

Commenting on behalf of the organizers, The Chief Executive Officer of Global Media Alliance, Mr Ernest Boateng, expressed the company’s commitment towards entertainment with the aim of providing quality entertainment to Ghanaians and showcasing unique talents through the MMC Live platform.