by Kwame Dadzie
in Celebrity News, News
Reading Time: 6 mins read
A A
0 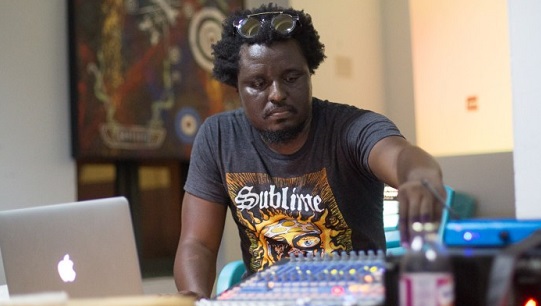 Dr. Sionne Rameah Neely, the former girlfriend of the co-founder of the Chale Wote Street Arts Festival, Mantse Aryeequaye, has detailed claims of harassment and abuse at the hands of the ACCRA [dot] ALT director.

Sionne, who is also the former co-director of the group and the arts festival stated in a post that she experienced “multiple instances of violence, terror, intimidation and coercion” over the course of her decade-long relationship with Mantse.

She accused Mantse of holding her hostage on the night of December 29, 2017, threatening to kill her and forcing her to state on record that she cheated on him with multiple men.

Sionne added that the statements she made under duress were edited in a way that would implicate her and were then shared to her friends and family in Ghana and the US.

She reported the case to the Domestic Violence and Victim Support Unit in Ghana (DOVVSU) but stated that she did not pursue it fully due to fears about their confidentiality.

Her ordeal at the hands of Mantse Aryeequaye, she said, did not end when she left Ghana, as he continued to send threatening messages to her, as well as her family and friends.

The fear for her life, Sionne said in her post, left her apprehensive about speaking out and even returning to Ghana.

Her statement comes in the wake of accusations by some artistes for this year’s edition of the arts festival that they were accosted by police officers after raising questions about Mantse Aryeequaye following the claims against him.

This, Sionne said, accounted for her decision to speak out as she could no longer stand by while people were harassed for telling the truth,

” I can no longer be silent while Ghana-based artists and activists — and international artists invited to the festival — are being terrorized and intimidated, in the same ways I have intimately experienced, for speaking truth against violence and abuse.”

Below is her full statement sighted by ghanaweekend.com

I am Co-Founder of ACCRA [dot] ALT (ADA) and I was Co-Director of the CHALE WOTE Street Art Festival from 2011–2017 in Ghana, West Africa.

Over the course of August 2019, multiple artists and activists in Ghana have been targeted and harassed by alleged police officers ostensibly investigating claims of cyber harassment. This investigation is occurring — so the alleged police have told those being investigated — at the charge of Mantse Aryeequaye, my former romantic and life partner as well as Co-Founder of ACCRA [dot] ALT and now the sole Director of the CHALE WOTE Street Art Festival, who maintains that he has not abused me ever in any way during the course of our relationship. This harassment is quite disheartening since many of these artists and activists have made critical contributions to not only the evolution of ACCRA [dot] ALT but as participants in the CHALE WOTE Street Art Festival. This goes against the very integrity, vision and values of the festival — a festival that is now drawing 50,000 people to Ghana each year but continues to splinter a deeply divided artistic community in Accra.

Therefore, it has become imperative that I speak my truth. I am the only person who can tell my story. I hereby state that during the course of a decade-long relationship with Mantse Aryeequaye, I experienced multiple instances of violence, terror, intimidation and coercion. Specifically on the night of December 29, 2017, for more than 3 hours I was held hostage in our shared flat, physically and emotionally tortured and coerced into audio-recording false statements while my life was being threatened with two weapons. Mantse had accused me of having affairs with multiple men, which I vehemently denied. After assaulting me, he forced me to record false statements about these innocent persons, persistently stopping in between recordings to threaten to kill me if I did not speak. At a later time, these multiple recordings were edited into two files that removed any other threatening expressions by Mantse; he then shared these files with a number of persons in Ghana as well as various members of my family and close friends in the U.S. This was in an effort to discredit me and the abuse he enacted upon me. I share these intimate details now in case the false recording is now released in further effort to discredit this statement.

Following this incident, I stayed with two different sister-friends and their families while attempting to process what had happened to me. I also began going through a justice process with the Domestic Violence and Victim Support Unit in Ghana (DOVVSU) but was unable to finish reporting partly due to the fact that I felt this process lacked confidentiality. On top of this, the sudden death of my father in the U.S. then required me to leave suddenly. Unfortunately, a justice process can only be completed within Ghana and not internationally.

After the December 29th incident and my return to the U.S., I continued to receive harassment from Mantse Aryeequaye via email and phone for six months. He also sent unwanted communications to members of my family and close friends via email, phone calls and social media. This violent incident was the cornerstone of my decision to leave my position with ACCRA [dot] ALT and the festival and played a key role in my departure from Ghana upon the passing of my father. While in the process of healing from this ordeal, I have felt great insecurity about not only returning to Ghana but also about speaking out publicly about what I have endured over this experience.

In addition, this process has been made more difficult by the circulation of articles by an anonymous writer going by the pen name of Targaryen Tyrion Nudho who has circulated what they believe to be the story of this experience and added a range of allegations against multiple people they consider to have not spoken up. Unfortunately, much of their information is not correct and is also leading to a sense that no activists or artists have stood by me in the process of justice and healing, which is not true.

This journey has been extremely traumatic and difficult to process. I helped carry ACCRA [dot] ALT and CHALE WOTE from birth to be for nearly a decade. My reticence to share my story is not only tied to ongoing anxiety over the violence and harassment I experienced but also the incredible amount of time, labour, imagination and resources I poured into ACCRA [dot] ALT. CHALE WOTE is also the result of the invaluable efforts of the ADA team, James Town community, Ghana-based and international artists, and festival partners. Therefore, it is not easy to reveal this devastating truth because I’ve always wanted the festival to grow and flourish even if I could no longer be a part of it. However, I can no longer be silent while Ghana-based artists and activists — and international artists invited to the festival — are being terrorized and intimidated, in the same ways I have intimately experienced, for speaking truth against violence and abuse.

It is not my nature to make up facts. For many reasons, I do not intend to get into a war of words about those events or the renditions of others about those events. Doing so could only make matters worse. I stand by the statements I have made and my family, friends and professional colleagues know that I am truthful.

With this, it is my hope to shed truth and light on my departure from Ghana and from my leadership of ACCRA [dot] ALT and to express my hope for the security, freedom and wellness of the artists and activists now being targeted unjustly over the last few weeks. As the healing process is still ongoing, I appeal to those reading this to please respect my privacy. Thank you.