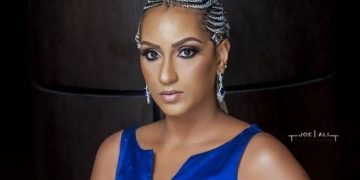 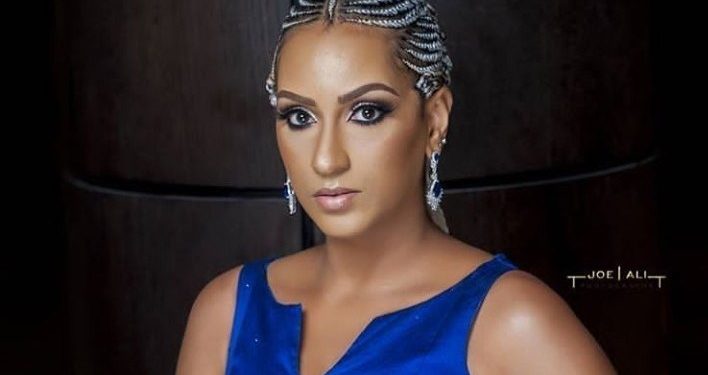 Popular actress Juliet Ibrahim’s marriage and divorce to the CEO of Kantanka Automobile, Kwadwo Safo has recently become a matter of public interest ever since her ex-boyfriend, Iceberg Slim came out to apologize and state the reason for which their relationship did not work.

Nigerian musician, Iceberg Slim and Juliet displayed their affection on the gram for a while and suddenly went silent.

Amidst lots of accusations for being the cause, anytime she was asked to comment on it, she did not open up until recently when the singer himself posted on his Instagram page and explained he was the cause.

A television show host of TV Africa in her show asked Juliet to go back to her former husband and stop waiting for Mr Right.

In response to the presenter, Juliet said in an Instagram post that her ex-husband got a lady pregnant while she was still married to him and that if anybody wanted the whole story, they should buy her book, ‘Toast To Life’ and read from it.

She, however, opened up to Delay on the Delay Show and said things happened and ended really fast.

She said she is glad to have been able to heal from the painful experience.

After court documents were signed, preparations made, it seemed she was not given a good reason for which the wedding could not hold.

“It was crazy. It was a very crazy experience that period and I’m glad that I was able to move on and heal from it after so many years because there were no reasons given to me at the time. There were just different excuses as to why it couldn’t happen.

“I was acting before we met so he approached me through a friend so we started talking, he knew my career and he was ready to be a part of my life so when you’re dating somebody it’s what you say and talk about with the person that matters. Everything people say from outside, you don’t listen to it because you’re in love and you’re just happy with the person so, I’m that kind of person I believed in everything he and I shared”

Although she believed there were things she did not know about, she could not categorically state what she should have known before proceeding to accept the proposal.

“And I think there were little things that he didn’t tell me about. I have no idea what exactly and we’ve not really gotten to that point where we spoke about it anymore because the whole thing just ended very fast; next minute we’re planning for a white wedding, next minute I’m hearing stories that oh sorry it can’t happen again because we want to do it in grand style. We don’t want to do it the way we’ve planned or something else. All kinds of excuses,” she said.