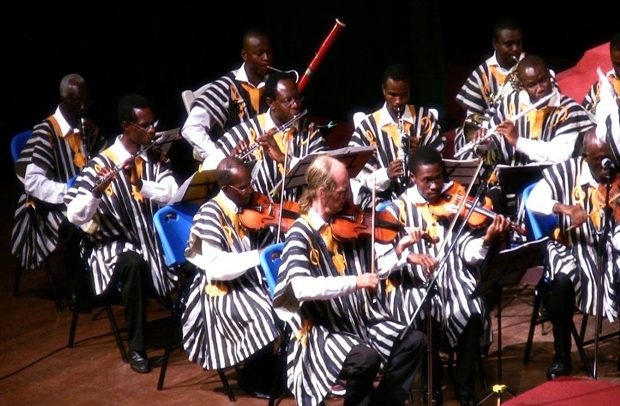 The Ghana National Symphony Orchestra has issued a worrying cry to authorities to pay attention to them having been neglected for so long.

The Orchestra which is the only classical symphony orchestra in West, Central, and East Africa according to its website made the call for support after Kobby Kyei News paid them a visit during one of their rehearsals at the National Theatre.

Sharing with us their challenges, Mr Isaac Annor who is the director and conductor of the band bemoaned neglect by the authorities which have led to an underutilization of the National Symphony Orchestra.

Mr Annor revealed that they lack a proper rehearsal room, a bus to aid them in transportation and inadequate instruments which is an anomaly especially when the Orchestra is a governmental organization under the National Commission on Culture. He called on the President, Nana Addo to take a critical look at the cultural sector because it has the ability to change the economic fortunes of the country.

Watch the full interview below.