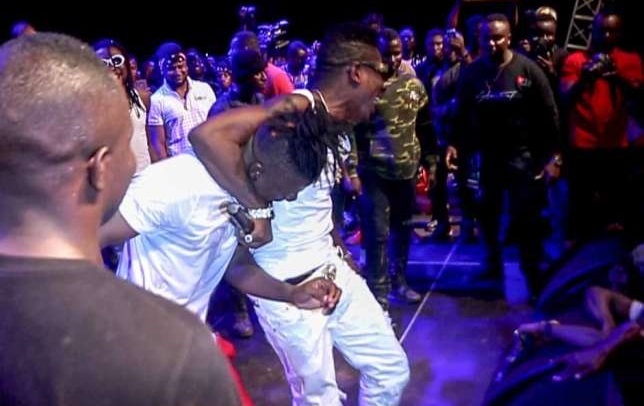 It looks like the Shatta Wale-Stonebwoy reunion is complete now.

Maybe the 2019 VGMA ‘congratulation brouhaha’ was a blessing in disguise. What happened at the 2019 Ashaianman to he World concert cements the new friendship the two former arch-rivals have recently been engaged in.

Patrons of the show were excited when Shatta Wale was announced as the next act on stage at the Sakasaka park in Ashiaman.

Not only did the chemistry between Stonebwoy and Shatta Wale evoked emotions of joy and real reunion; the patrons were singing Shatta Wale’s songs and responding to his ‘paapaapaapaa’ slogans.

Other artistes that performed at the programme are Sarkodie, King Promise, Eno, Kwamina MP, among others.