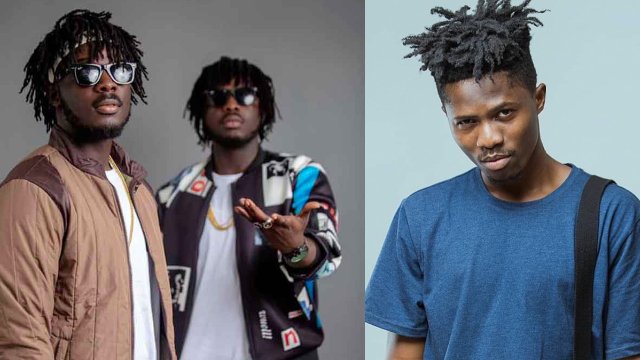 DJ Lord, a partner to the organisers of the SRC Night of Ghana Telecom University, has refuted claims by DopeNation that they were shoved by Kwesi Arthur’s team member when they were about to mount the stage to perform on the day.

A few days ago, DopeNation did a diss song for Kwesi Arthur, claiming a member of Kwesi’s team prevented them from performing during the GTUC SRC Week.

In a statement signed by the DJ he stated that the hullabaloo was as a result of miscommunication and that no one was harmed at the programme. 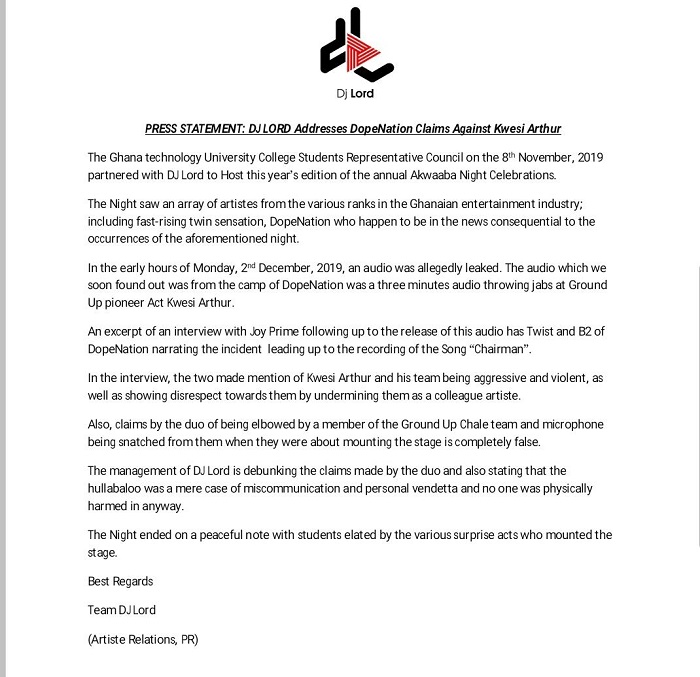