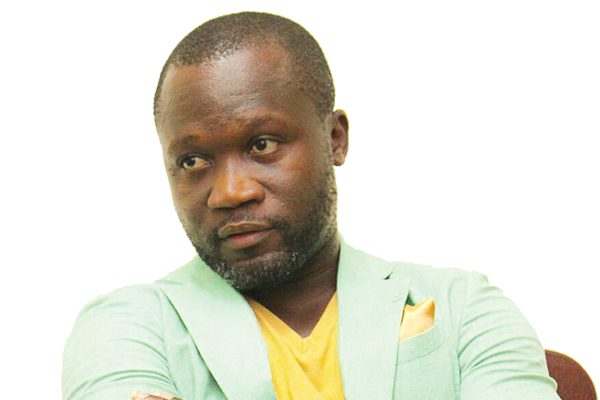 Entertainment critic, Ola Michael has said that the Minister for Tourism, Creative Arts and Culture, Barbara Oteng Gyasi is not fit for the job.

According to him, the former minister, Catherine Afeku was not perfect but she did a few laudable projects.

He said this while speaking to MzGee on 3FM’s ‘Showbiz 927’ over the weekend.

When he was asked why people still refer to Catherine Afeku when they talk about the Tourism Ministry and if he thinks she did a better job as compared to Babara, he replied, “I think she was on a learning process. She almost got a few things right before she exited. She has so many faults. I can give you a litany of them. But she was getting some few things right but this current one to me is a total misfit.”

In his view the CEO of Ghana Tourism Authority, Akwasi Agyeman is doing a better job and should have been the Minister for Tourism, Creative Arts and Culture, instead of Babara Oteng Gyasi.

“I wish that they could’ve maybe brought somebody like Akwesi Agyeman who seems to be now running the whole industry in a very simple way. This woman doesn’t know jack about what she’s doing” he noted

He further disclosed some rots he claimed to have happened in recent times.

“Right now Kumasi people are getting a loan from GTA. This minister couldn’t do anything about it.

“She doesn’t control GTA levies. The levies collected go directly to GTA accounts. It doesn’t go to her. And I can tell you for a fact last year she was borrowing money from GTA. They couldn’t even pay their light bill. They don’t even have toners for printing.

“They couldn’t even pay utility bills. They were in lights out for 3 days. I have all their expenditure. I have everything from 2017,18 and 19. The budget, what was given to them, what they used it for. Total waste of money. That is why we’re struggling because the minister is not so strong enough to push for things to come to her ministry so when she’s budgeted to be given 73 million she gets about 23 million and she sits down there quiet. She doesn’t know who to talk to,” he disclosed.

He talked about how  Catherine left office with the ministry’s cars.

“Catherine was leaving, she left with two land cruisers. She couldn’t even say jack. She’s quiet. Two land cruisers: the one she came to meet that belongs to the ministry; every ministry has got their own car. Catherine came to meet a white Landcruiser, left by Elizabeth Ofosu Agyare. When Catherine started operating in that office, even the first meeting she had with the president, that’s the car she brought. It was white. Then in 2018, she bought a new v8, brand new, tear rubber, that makes two.

He mentioned two cars when he started making the claims but at the end of the story, he remembered a new car that ought to be added to the count, adding that, “there was a new pickup bought for the ministry. It’s nowhere to be found. three cars. Catherine left and the cars left”

Watch the interview on video below:

Entertainment critic Ola Michael says Barbara Oteng Gyasi is not fit to be the Minister of Tourism, Arts and Culture. According to Ola, who is also a movie producer, the current minister of the sector is a "total misfit". Speaking on Showbiz 927 on 3FM @3fm92.7 with MzGee @iammzgee, he noted that Mrs Oteng Gyasi does not know anything about the sector she is handling. In his view, Akwasi Agyemang of the Ghana Tourism Authority (GTA) can do a better job than the minister, who is also the Member of Parliament of Prestea Huni-Valley constituency. Ola Michael said Mr Agyemang is rather running the affairs of the sector better than Barbara Oteng Gyasi. Watch the video for more.