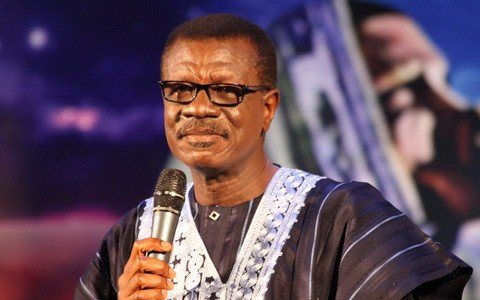 According to him, flaunting such on social media proves the person’s capacity is low that they are not motivated to do more.

This was one of the sermons he delivered to his flock in church on the theme ‘Let’s be hungry for excellence’ but the portion that talks about showing lifestyle on social media have been trending which got people talking.

“Some of you who eat food and you put it on Facebook  (to show good living)… [“your people are” shows the sign ‘sick in the head’].

“Your food on Facebook, you think you’ve achieved something?  Because your ancestors were very hungry people so you ate a little chicken and you think it’s nice. You’re showing that your capacity is low.

“You buy a shoe, you put it on Facebook. You buy a new dress you WhatsApp, everybody. ‘Hey, look at me. Look at me’. What’s wrong with your head?”

He added that these things contribute to being satisfied with one’s status and making no efforts to step up.

He noted that people who flaunt these ‘little’ pleasures need mental examination.

“You’re so impressed with yourself. You don’t even know how far you need to go. Little things like food and clothes. The funny ones are those who sit in an airplane and you know, selfie themselves and put it on Facebook. Do you know when airplanes were invented? 1903. You have now sat in one. You’re not even sitting in first class, you’re sitting in economy. Selfie heyyy look at me. Your head needs help. No wonder we’re easily satisfied. No wonder we do very little and we settle under the shade of the tree for the antelopes to outrun us

Tag someone who needs to hear this. #NoLimits #UnlimitedYear