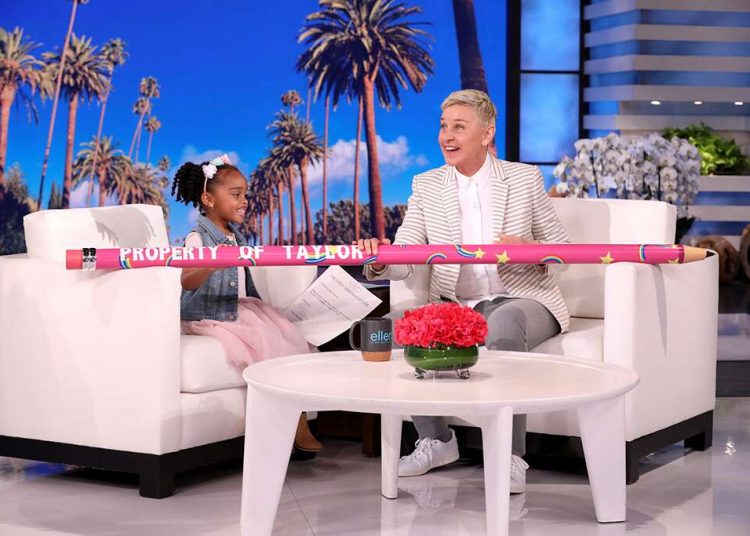 Taylor James who recently went viral on social media fuming about how her classmates stole her perfect attendance pencil has won a scholarship of $10,000 on Ellen Lee DeGeneres’ show.

She made an appearance on the show today, Wednesday, February 12, 2020, after the American show host and actress, Ellen invited her and officially signed her letter to be absent from school.

The seven-year-old 7-year-old while on the show explained she earned a perfect attendance award every year but she was so mad on the scale of 10 over 10 when she realized her pencil was missing.

After explaining to Ellen how she lost the pencil and got it back the following day, Ellen gave her gifts for her mates.

The host also asked her what she wanted to be in future to which she replied, “I wanna be a Science Teacher. I like Science”
She was also given a special pencil which cannot be easily stolen.

The scholarship is made possible by Ellen’s friends at Shutterfly.