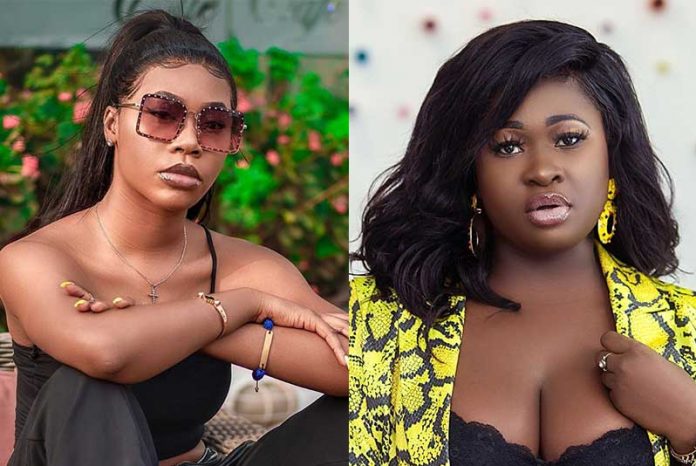 What started as a mere lyrical battle has generated into fisticuffs.

A news report by MzGee on TV3’s New Day indicate that the two were engaged in a fight at the station’s premises.

A video which was played during the show has Sista Afia threatening to beat Freda Rhymz up as when gets closer to her.

The two are seen exchanging words of insults as people around try to separate them.