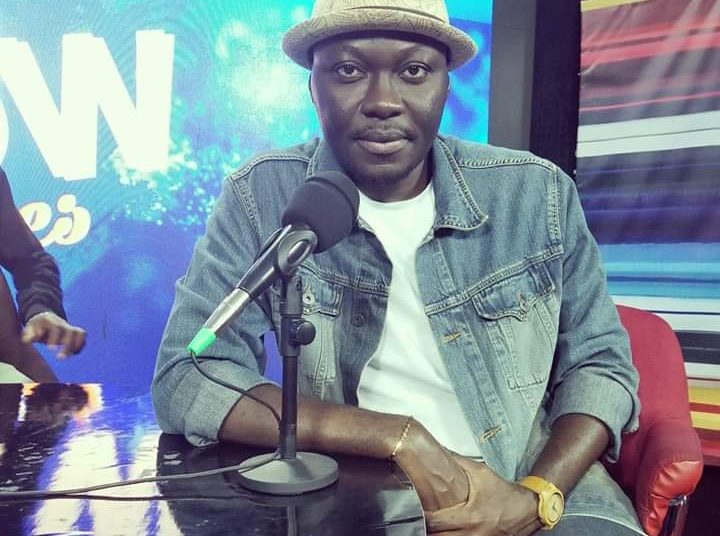 The artiste in a tweet complained about how fans and the media have practically ignored a new song she dropped.

Two days ago, she released ‘Street’ which features Akiyana.

According to her, no one is making noise about the “correct” song she dropped but if it were a diss song, the reception would have been different.

She added that people pretend not to like her rap skills yet they enjoy it so much.

Reacting to her tweet, Arnold listed a couple of reasons why no one made “noise” about the new song.

Aside from releasing a new song, she also caused a controversy at the premises of TV3.

Coming out of the building, she met Freda Rhymz who was one of the artistes who replied her with a diss song.

She tried to physically settle the beef when they met.

It took the securities and a few employees and their managers to prevent what almost resulted in exchange of fists.

In a Facebook post Arnold said no one is making noise because she “should have channeled that frustration into making another diss song instead of wanting to make it physical” adding that she clearly does not understand the music business.

He further noted that the ‘U Got Nerves’ singer “lost some neutrals and some core fans too” and her her street credibility. 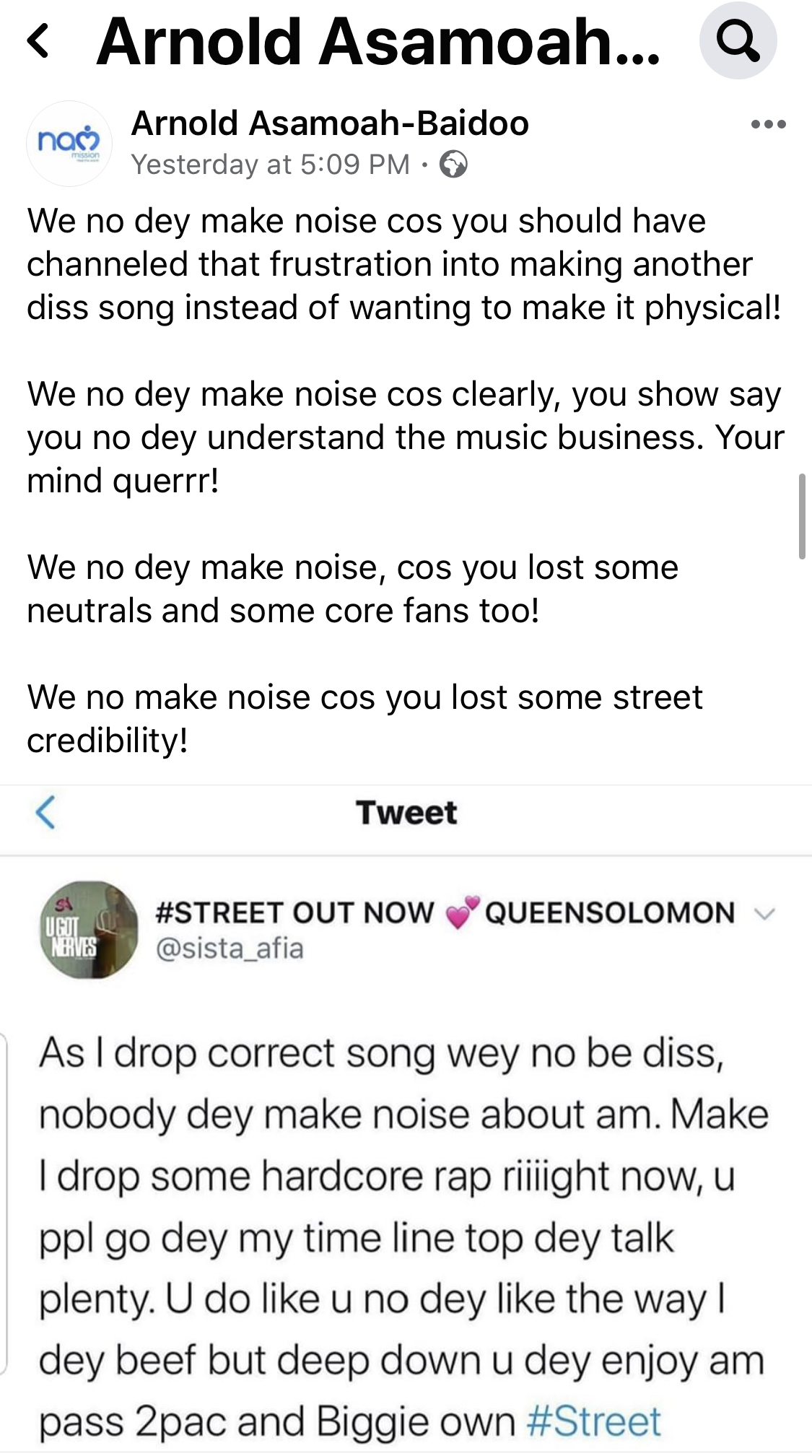 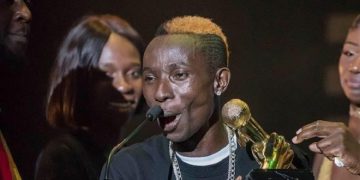