Ruff ‘N’ Smooth owns Ahkan’s ‘Amina’; he took it without my permission – Bullet 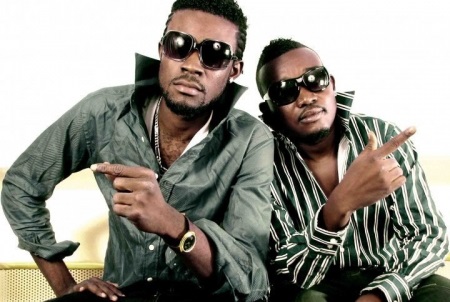 A former member of Ruff ‘N’ Smooth music group, Ricky Nana Agyemang, popularly known as Bullet has revealed that his former group member, Ahkan released a song they recorded before their split, without his consent.

Speaking to Citi FM’s Kwame Dadzie in an exclusive interview, the Chief Executive Officer of Rufftown Records said that the group recorded ‘Amina’; a song released by his other half Ahkan.

According to Bullet, Ahkan took the song without his knowledge.

“When I wanted to use ‘M’adi Wo Dwa for Ebony I sought permission from Ahkan and he agreed but I wrote a song for our group, we never released it. It called ‘Amina’. Ahkan released it without my consent.

“Now I cannot even claim it because the song didn’t come out and he didn’t even tell me if he could use it,” he added.

Bullet said he wrote the hooks of the song.

This comes on the back of allegations by Bullet that a brother of Ahkan who used to be the group’s manager, had sold a song by the group, to a movie company without his knowledge.

According to Bullet, the brother of Ahkan, Theophilus Baah, once contacted him that a movie company needed their ‘Shaba’ song for a soundtrack.

He said they had not agreed on any terms, just to have seen a trailer of the movie out.

Ruff ‘N’ Smooth until their split produced hit songs such as ‘Azingele’, ‘Beautiful’, ‘Swagger’, ‘Dance for Me’, among others.