It appears Joey B usually forgets to send his verse for features.

Well it happened with Kuami Eugene’s fourth track, ‘Marry Me’ which is one of the songs off his upcoming album: Son Of Africa.

The ‘Angela’ hitmaker noted that he sent Joey the song and all that was left was for him to record his verse but it did not happen.

Eugene had to do the song with Richie Mensah, without Joey’s verse.

Taking to Twitter, Joey expressed how he feels bad stating that he forgot to do his verse and the album is coming out without his feature.

In reaction to his comment, a tweep who happens to be very close to rapper Edem disclosed he did the same thing to Edem.

Joey was supposed to be on Edem’s EP, Moodswings which was released weeks ago.

According to Marrio who made the revelation, Joey B “swerve”.

Edem confirmed by retweeting and saying: “Don’t mind am..😂😂😂”

check the tweets below: 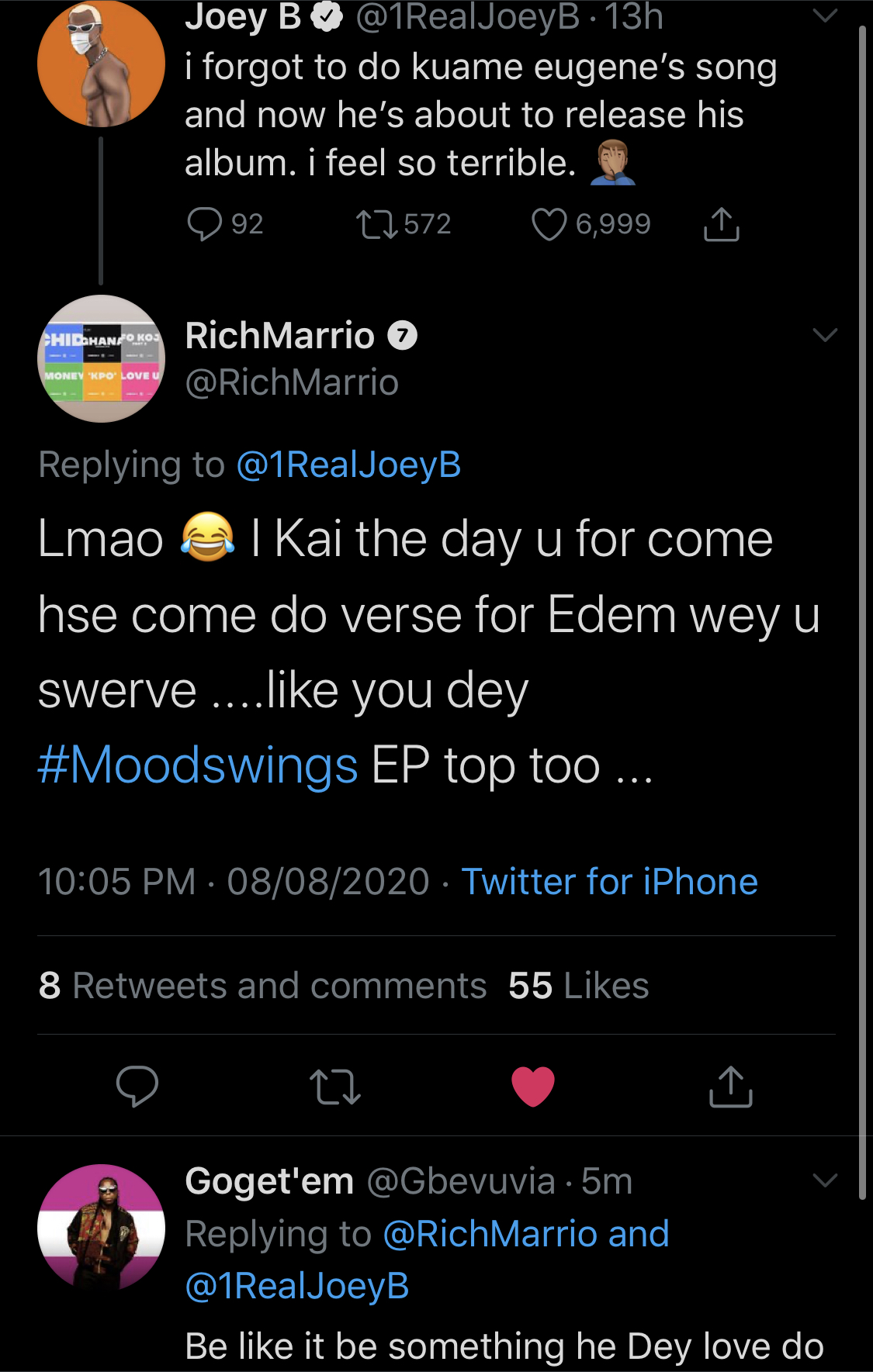 Moodswings is a 6 track EP that features Efya, Kelvyn Boy and Darko Vibes.

It was released on July 24. Available on all streaming platforms.