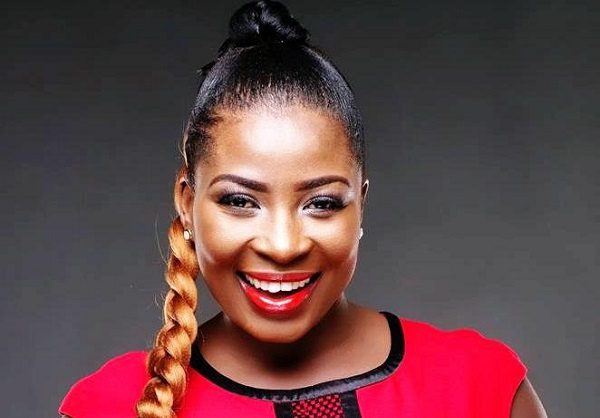 Actress Gloria Sarfo is pleading with Ghanaians to log on to Netflix and watch Yvonne Nelson’s movies and make noise about it on social media to calm her temper.

According to her, Yvonne Nelson could be frustrated as a result of not getting back the money she spent on making the movie.

Gloria’s comment comes on the back of a misunderstanding they had on social media.

Yvonne took to Twitter to complain about the movie industry being engulfed in hate and jealousy. She said her colleagues do not put in effort to support each other and that even after producing your movies, you have to tell them before they share fliers and artworks on their social media handles and or pages.

But some of her colleagues did not agree with her. They believe she does not support others as well so they called her out.

In reaction, Yvonne claimed Gloria’s hatred for her has been from a long time ago and that she should not wIth on her production to cast her; she should start her own production.

Speaking to the issue on Neat FM, Gloria told the host, Ola Michael that she can never beef with Yvonne Nelson.

She stated that her experience in the movie industry has taught her that filmmakers become frustrated especially after spending so much on production and not getting back the money invested.

“So, I plead with everyone to go to Netflix and watch her movies: Fix Us and Sin City and anyone who can hype it on social media should please do it so that Yvonne can cool off and take a chill pill,” she added.

Despite the misunderstanding, Gloria disclosed she watched Yvonne’s and took pictures she had wanted to post.

“I still watched Sin City that night and I took pictures, “ she disclosed.