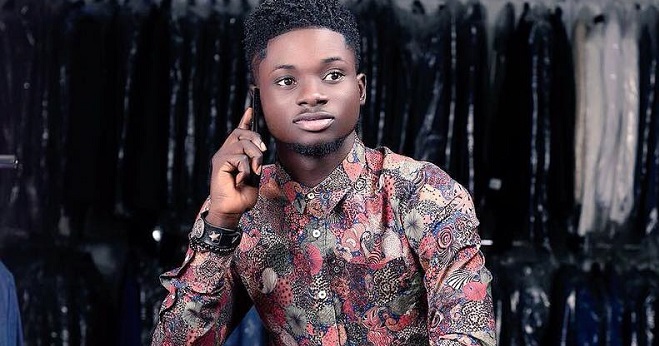 Lynx Entertainment signee, Kuami Eugene has said but for Joey B’s inability to send his verse, he would have been featured on his upcoming album.

Eugene has already released the track three titled ‘Open Gate’ with its video which saw appearances from Nana Aba Anamoah, Clemento Suarez, among others.

Eugene shared an artwork of the track list on his social media platforms to keep fans updated on what they’re getting soon.

Joey B commented on the Instagram post saying he is pained he was not featured on the album.

Reacting to the comment, Eugene explained that Joey B was actually meant to feature on the track four, ‘Marry Me’ but he did not send his verse after Kwame sent him the song.

This forced Eugene to do the song with Richie Mensah.

Joey B wrote one the comment section on Instagram: “Allah ma don! Her it pain me say I no dey top!”

“I sent you a singe [song] for a verse and the verse never came. Anka wo da track 4,” Kwame replied. 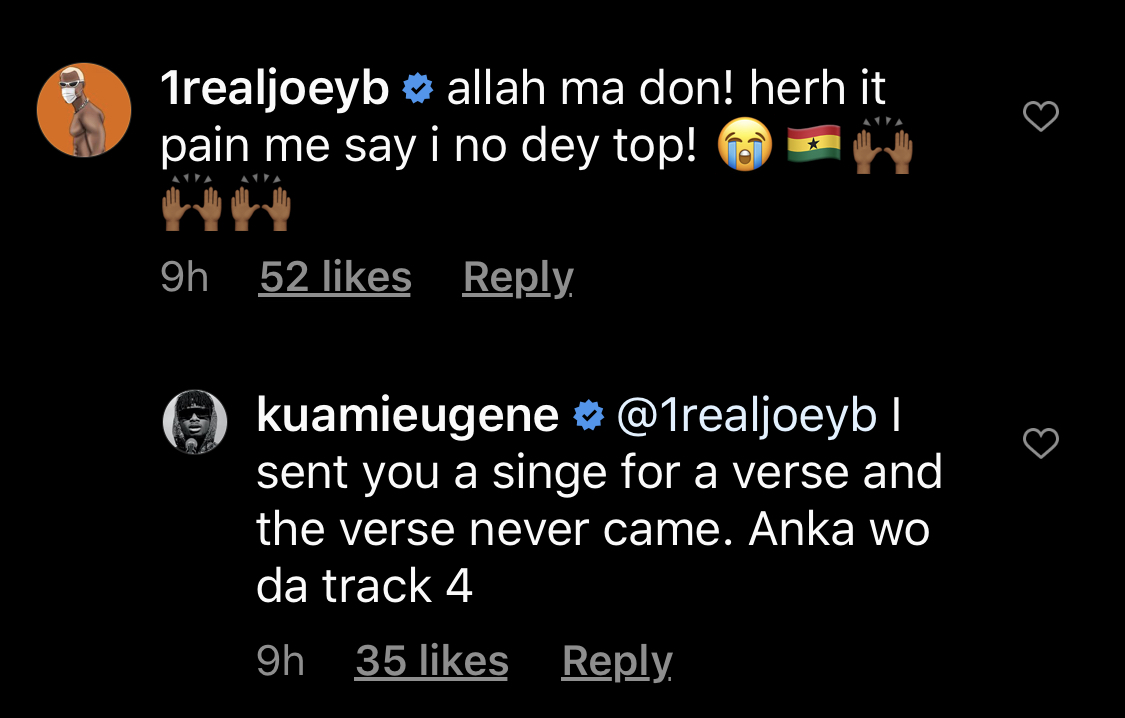