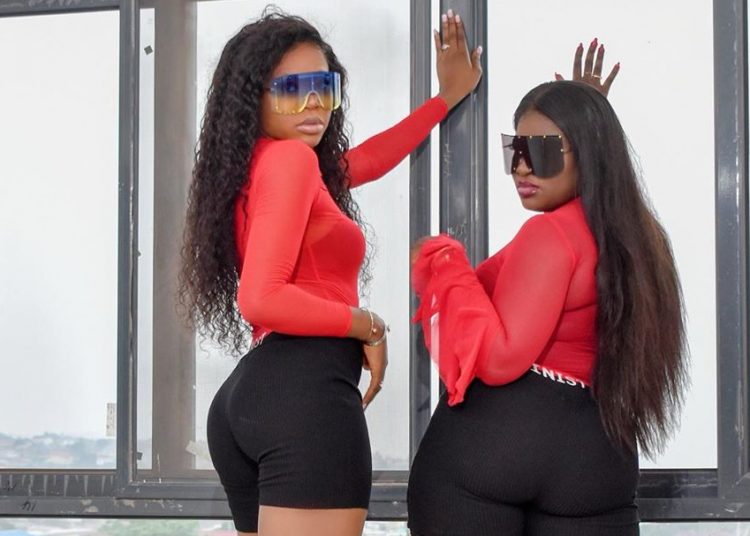 Rapper Freda Rhymz has disclosed that her song with Sista Afia was recorded way before their beef.

Some weeks ago, Sista Afia released a song titled ‘WMT’ which was not actually addressed to an individual but it was a diss song.

This pushed female rappers to reply with songs, going back and forth.

Freda Rhymz was one of the artistes who jumped on the hype to do her diss songs directed at Sista Afia.

But Sista Afia took it personally. She threatened to beat Freda up anytime she meets her.

They met at the premises of TV3 but for the timely intervention of the security and their management teams, it would have resulted in the exchange of feasts.

When they met at UTV , the same happened on the live show. They had to be separated by the host and other guests on the show.

So, when they announced the song, ‘Saucy’ which has both artistes on it, fans said the whole beef was a ploy to get hype for the song.

They both had a live chat on Instagram this afternoon to talk about the song and explain to fans that the beef was not planned.

According to Freda, the beef stalled the release of the song, forcing their management teams to have a talk with them.

“Initially, we had the song which we already recorded and because of this whole beef, we were going back and forth as to when to release the song,” she said.

“We would have dropped the song a long time ago but it was an actual beef… I just want everybody to know that this thing was never planned. we actually had the song before this whole beef but because of the beef we couldn’t release the song. At a point, management had to come in so that we settle this issue so that the song could come out,” she added.

Watch the music video below: