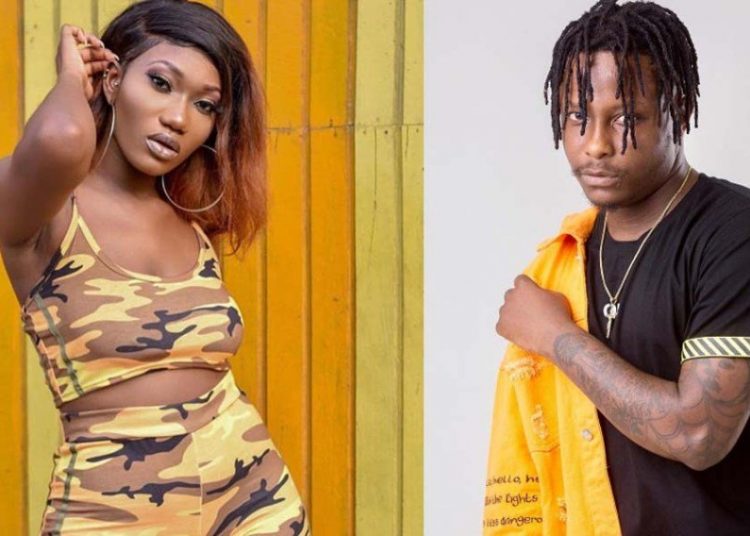 Just after she released ‘Emergency’ with Bosom P Yung, Wendy Shay has dropped a new one that features Kelvyn Boy.

Wendy Shay and Kelvyn Boy were not the best of friends about a year ago.

Per speculations Kelvyn Boy was peeved because he felt Wendy Shay won an award he deserved but the epic misunderstanding was what ensued at a Stonebwoy and Shatta Wale peace conference.

At the event, artistes were lined up to take photographs and the once who were joining them on stage exchanged pleasantries in the form of handshake.

Kelvyn Boy was shaking the hands of all who were already lined up.

He shook the hands of Bullet, skipped Wendy Shay who was standing in between Bullet and Shatta Wale and shook Shatta, leaving Wendy’s hands hanging in the air.

Explaining what happened, he noted that it was not intentional and that he has no ‘beef’ with Wendy Shay.

It is now clear the two are not enemies.

Prior to releasing the song, she uploaded pictures of herself and Kelvyn Boy to her Instagram getting people to talk.

The new tune titled ‘Odo’ is accompanied by the video shot and edited by Yaw Skyface.

Check out the video: