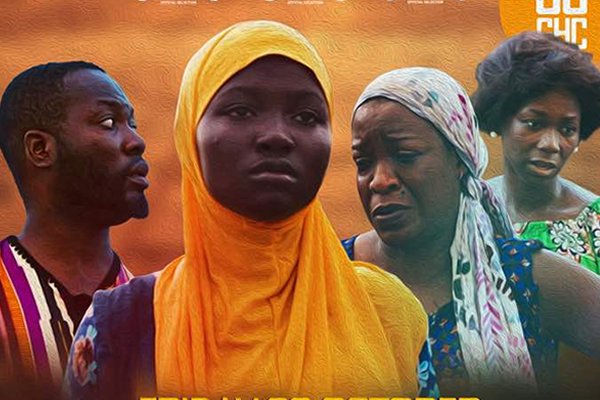 The weekend is almost here and some of you may be looking for some Ghanaian films to enjoy. We have got you covered. Ghana Weekend presents four Ghanaian films on Netflix that you should totally watch if you haven’t already.

Here is a list of the best Ghanaian movies that are available.

Azali: A 2018 drama film directed by Kwabena Gyansah. It was the Ghanaian entry for the Best International Feature Film at the Oscars in 2019. It is about a 14-year-old girl who ran to Accra to escape her arranged marriage but ended up as a sex worker.

Keteke: A 2017 drama/comedy film about a couple expecting their first child on their way to the city of delivery misses the train. It stars Lydia Forson and Adjetey Annan.

The Burial of Kojo: A 2018 fantastical drama film written and directed by Blitz Bazawule about a vengeful man who traps his brother in a mine shaft and his daughter’s journey to rescue him.

SideChic Gang: A 2018 Comedy film about three ladies who decided to make money by exposing cheating husbands and boyfriends.

Potato Potahto: A 2017 comedy film starring Joselyn Dumas, OC Ukeje, Joke Silva and Chris Attoh about two partners who divorced but had to live in the same house together while trying to avoid each other’s business.