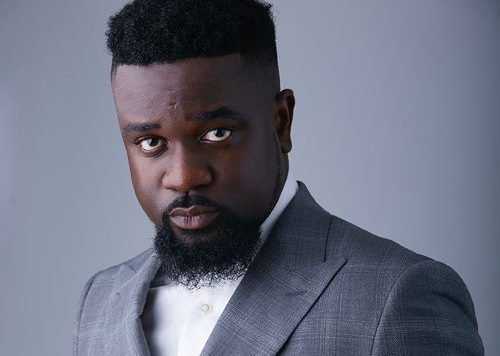 Are you surprised that up till now, Sarkodie has not congratulated Kuami Eugene on his win as Artiste of the Year for 2020 Vodafone Ghana Music Awards?

Well, I am not surprised at all. I strongly can imagine how Sarkodie feels right now. Disappointed!

It is true that every nominee in an award scheme stands a chance to win an award for a particular category. But it is also true that a lot of people would complain when certain awards elude certain artistes.

Mine is not necessarily a complaint but an analysis of what should have been.

Sarkodie, prior to the award, has been tipped by many entertainment pundits as one who stood a higher chance of winning the award.

The other nominees, Kuami Eugene, Diana Hamilton, Kofi Kinaata and Medikal did well in the year under review and had support too but there were striking attributes of Sarkodie that put him ahead of his contenders.

The Vodafone Ghana Music Awards (VGMA) defines Artiste of the Year the award “adjudged by the Academy, Board and the General Public as the artiste who released a hit single/album during the year under review and has a high audience appeal and popularity, Must be one of the artistes with the highest nominations in the year under review.”

Of course, all of the above-mentioned nominees had hit songs but after making it to the nominations list, other intrinsic factors come to play.

Even though Kuami deserved to win to Artiste of the Year Award, this is why Sarkodie would have been a better choice of a winner:

(1). Highest number of hit songs: Because all the artiste had hit songs, there is there need to bring in other factors: Sarkodie in 2019, released an EP and an album.  In total, he had about 7 hit song. He released ‘Oofeestor’, ‘Saara’, ‘Lucky’, ‘Anadwo’, ‘Bleeding’, ‘Year of Return’ and ‘Feelings’.

Kuami Eugene in the whole of 2019 released only two songs; ‘Obiaato’ and ‘Ohemaa’. I wonder how and why Kuami would be chosen over Sarkodie in this regard.

(2). Sarkodie was more popular in 2019 than Kuami Eugene: It 2019, Sarkodie was ‘all over the place.’ He actually got a lot of visibility apart from his songs and his shows. The Best International Flow award at the BET Hiphop Awards got him of mileage. He more or less became an ambassador for Ghana, after saying on the BET platform that Ghana was a nice place to be and that people should visit and be part of the Year of Return. This, in turn, earned him the Year of Return Ambassador by the government.

(3). Billboard Ranking: A Billboard ranking of most-watched YouTube videos of artistes in Africa placed Sarkodie second to Shatta Wale for Ghanaian Artistes. He had a total of 11.72 million views for his videos in 2019, with Stonebwoy having 7.86 million views.

In fact, using online streaming to measure one’s popularity and relevance within a period is not out of place.

This is not to indict the Board, Academy and General Public’s decision to vote for Kuami Eugene as the winner of the Artiste of the Year. It is rather to express my opinion on why I think the three departments may not have taken these things into consideration.

I wish Kuami Eugene well for this award and pray that it rather makes him work harder than become complacent.