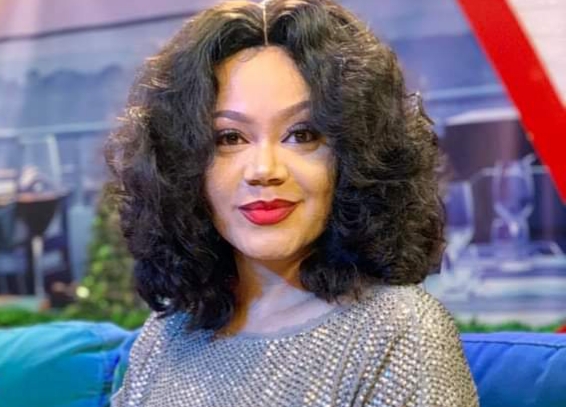 In the course of the discussion, the Production Manager of UTV, Roger Quarter, also an actor and former movie production executive was invited onto the show to clear allegations that in the past, he paid these actors lesser than they were due.

In the course of the programme, Roger made a statement that would have stoked another debate for weeks.

He said there were times that Nadia Buari had problems with with costuming and who be comparing her costumes to Jackie Appiah’s.

Nadia unhappy by the statement quickly cut in and said what Roger said was a “lie.”

She said even though she had issues with costuming, there was no instance when she made any comparisons to Jackie.

Nadia is one of the very few Ghanaian celebrities who have successfully plied their trade with little or no scandals and controversies.

Some are still baffled as to why she was able to give birth to four children without the ‘kokonsa-hungry’ media knowing.

She has starred in movies such as ‘Beyonce’, ‘Darkness of Sorrow’, ‘Wicked Intentions’, among a blizzard of others.

Currently, she says she has two already-produced movies yet to be released.