If I had the chance to marry Jackie Appiah, I wouldn’t wait for a minute – Osebo 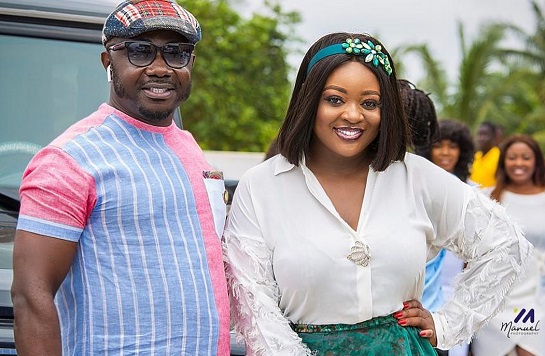 Richard Brown popularly known as Osebo has expressed his admiration for Ghanaian actress Jackie Appiah, describing her a ‘marriage material’.

The fashionista and owner of Zaraman boutique told Nkonkonsa TV that Jackie Appiah is beautiful and affable; she has all the good qualities a wife should have.

He added that he would not lose the opportunity to marry Jackie if he gets it.

“If I have the chance to marry Jackie, I wouldn’t even wait for one minute. I am damn serious… she has all the qualities that every man looks out for in a woman,” he noted.

The baby daddy of broadcaster Nana Aba Anamoah also stated that, although Jackie might have her weaknesses and negative attributes unknown to the public, that would not inhibit his love for her.

"If I have the chance to marry Jackie Appiah, I will not even wait for one minute" – @osebo_thezaraman. . Full video link in our bio.

“If she has a hidden character, I believe that I can change her when we finally get to know each other. I know she has had experience with other men, she has a son… just like other women, I know she dreams of having additional children,” he noted.

Osebo even added that the mere sight of Jackie Appiah’s photos turns him on.