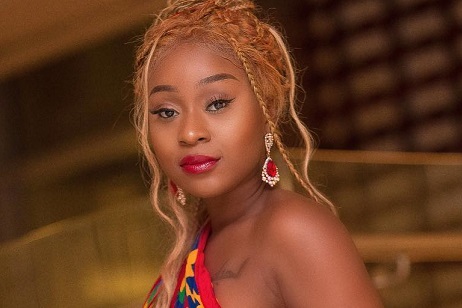 A few days after Ghanaian comedian, Michael Owusu Afriyie, known in showbiz as Teacher Kwadwo, expressed his love for Ghanaian actress Efia Odo, she has responded.

In a reply to a tweet, Efia wrote that if teacher Kwadwo really loves her, he should join the queue of men who wants to woo her through her ‘reality show.’

“He should join the other guys competing for my love on a new reality show called #MyAfricanLove. He has to prove his love,” she tweeted.

Speaking to Kwame Dadzie on Ghana Weekend TV, Teacher Kwadwo said he really admires the actress because she is charming and would love to have her as his wife.