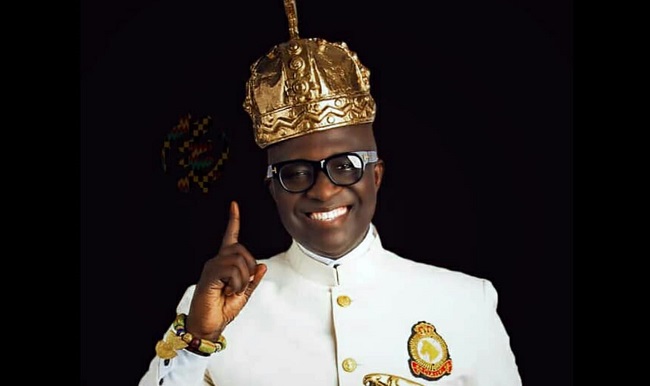 Showbiz doyen, Kwasi Kyei Darkwah (KKD), has shared the experience he had with Ewuraffe Orleans-Thompson, the nineteen-year-old student she was accused of raping at the African Regent Hotel in 2014.

He said on Kingdom Plus 101.9 FM that he had a pleasurable time with the lady because it was consensual sex.

According to Master Communicator, the report was just a plot by some people to tarnish his image.

He recounted how the lady groped him, kissed, and had good sex with him, suggesting that it was the lady who initiated the intercourse.

“We were happy. What happened between us was really pleasurable,” he told Fiif Pratt.

On December 27, 2014, Kwasi Kyei Darkwah had unprotected sex with Ewuraffe Orleans-Thompson, a nineteen-year-old student at the African Regent Hotel.

KKD had told Bola Ray on Starr FM that the lady was forced to admit she was raped.

“I just knew that the truth would come out and that day I was just there [at the police station] and we were served the bill of indictment, the so-called victim’s statement. How do you say somebody says they have been raped, somebody who actually before four witnesses at the police station said ‘I have not been raped why are you forcing me to say I was raped,” he said.

KKD was arrested at the African Regent Hotel after a complaint was lodged by a young man who was identified as the lady’s boyfriend.

Later, the lady in question withdrew the case from court.

However, a lot of people expressed disappointment in him on moral grounds, saying it was not right for a man of his age to have had sex with the nineteen-year-old girl.