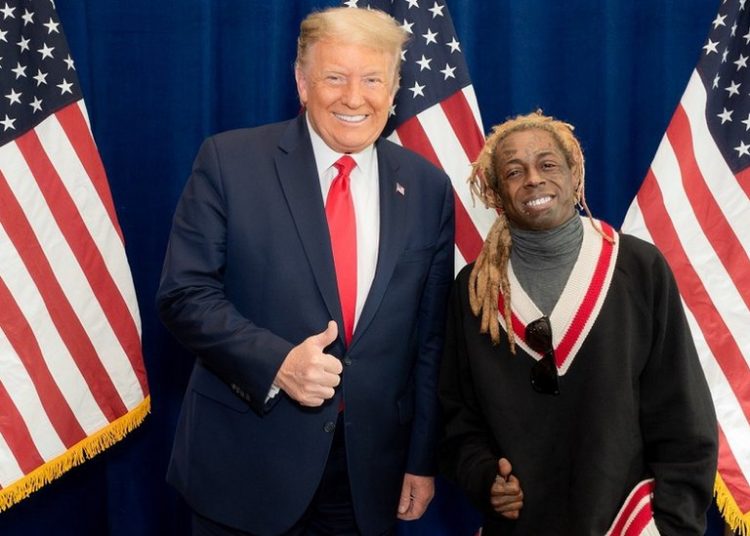 Rappers Lil Wayne and Kodak Black were among those offered clemency by President Trump on his final day in office, the White House announced early Wednesday. Also pardoned in the entertainment sphere was Death Row Records co-founder Michael “Harry-O” Harris.

Lil Wayne, 38, hadn’t yet been sentenced after pleading guilty in December to carrying a loaded firearm while traveling on a private jet.

The rapper, whose real name is Dwayne Michael Carter Jr., was prohibited from owning guns due to a past felony conviction and faced up to 10 years in prison. When Carter was charged in November, his lawyer, Howard Srebnick, cited an appellate dissenting opinion written by Supreme Court Justice Amy Coney Barrett arguing that permanently barring a nondangerous felon from gun ownership violated the Second Amendment.

The rapper, who changed his legal name from Dieuson Octave to Bill Kapri, had pleaded guilty to weapons charges stemming from his arrest at the Rolling Loud Festival in May 2019. In a court filing, he admitted to lying about his criminal history while acquiring firearms.

Other charges against Kapri, 23, have involved kidnapping, drug possession and sexual assault, with some still pending.