Priest reveals secret behind success of popular Ghanaian rapper: could he be referring to Sarkodie? 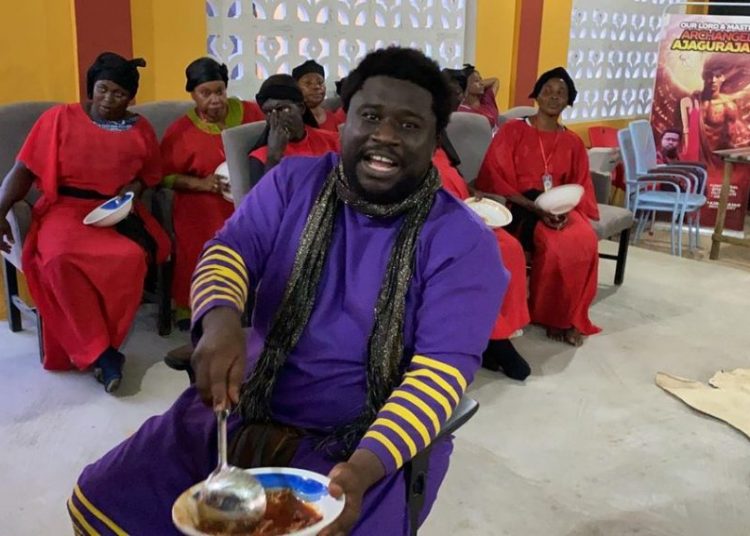 The Founder of the Ajagurajah Movement told Zion Felix in an interview that a popular Ghanaian rapper is enjoying his fortunes because he is married to a demi-god.

According to him, if the rapper divorces his wife, he will lose all the things he has achieved in his career and personal life.

Ajagurajah noted that this rapper, who he describes as being dark in complexion, survives on the spiritual fortitude of his wife.

He added that the rapper in question has a beard and also likes wearing dark shades.

“There is a popular rapper in Ghana. His wife is a demi-god and I’ll never stop saying it. He is dark in complexion and likes to wear dark sunglasses a lot. You’ll never hear any news about his wife. The day that rapper leaves his wife, he will go back to square one,” Ajagurajah noted

“If he thinks I’m lying, he should try it because it is her spirit that is backing his career. It is his wife’s spiritual backing that has brought him this far so when he wakes up every morning, he kneels and worships her like a god and says thank you to her,” he added.

Asked if he was referring to Sarkodie, he said the rapper knows himself.

The Priest also said that whenever the rapper has a misunderstanding with his wife, he gets trolled heavily on social media.

He was quick to add that the ‘demi-god’ wife of the rapper is an angelic one. He said those who got married to demonic demi-gods have not been able to make it in life.