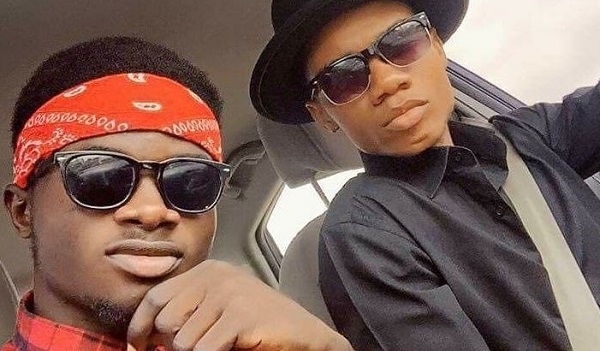 Dennis Nana Dwamena, popularly known as KiDi in showbiz has spoken about claims by some people that his label mate Kuami Eugene does not know how to communicate.

The Lynx Entertainment signee told Doreen Avio of Hitz FM that the ‘Show Body’ singer sometimes speaks to him anyhow but he is not bothered because he knows it is his nature.

Asked if he had heard about the feud between Kuami Eugene and rapper Guru, he quipped: “As for Kuami, he does not know how to communicate. I won’t lie to you. Even me he speaks to me anyhow sometimes.”

He said even though he thinks sometimes it is necessary for Kuami to be blunt, one thing he would love to change about him, if he had the power, is how he communicates with people.

Kuami Eugene has been involved in a feud with Guru in recent times.

The beef stems from a statement Kuami made on Adom TV that he would not avail himself to Guru for a feature because the ‘Lapaz Toyota’ rapper had insulted his CEO, Richie Mensah of Lynx Entertainment.

Guru, unhappy with this, vented his displeasure with him and subsequently released a diss song titled ‘Who Born Dog’ for Kuami Eugene.