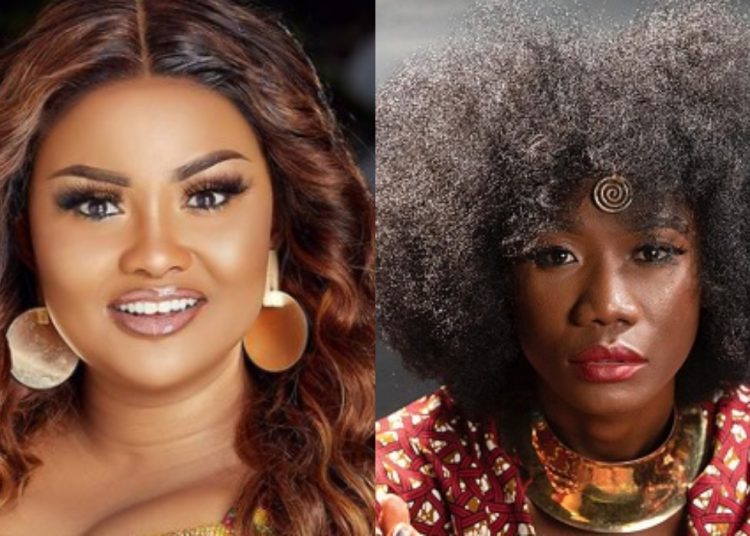 On the back of complaints that her works have not received enough attention from the media, Ghanaian actress Nana Ama McBrown has advised singer Yaa Yaa on what to do.

Speaking to Naa Ashorkor on Asaase Radio, Nana Ama said in as much as she admires Yaa Yaa’s resolve to portray Ghanaian culture in her works, she should try to show people a bit of what they want to see.

“One thing I know about Yaa Yaa is that she believes in tradition. One thing I will tell her is that she can be herself in her personal life but for her craft, she needs to exaggerate a bit. She needs to do more of her videos. She should not go nude but when it becomes necessary to show a little bit of flesh, she should do it. It is all part of the job,” she said.

Yaa Yaa, a few weeks ago, after her sterling performance at the 3Music Women’s Brunch, lambasted the general public for not acknowledging what she did.

She said if it were negative news, it would have traveled faster than expected.

Yaa Yaa, an alumna of Stars of the Future has earned her place in the music industry as one of the finest vocalists in the country.

She released her maiden album titled ‘Agoo’ last year. The album has songs such as ‘Mmusuo’ which tackles domestic abuse.

Other songs on the album include ‘Kɔkɔɔkɔ’, ‘No Gin’, ‘Time will heal us all’, ‘Kɔɔyɔ,’ Kɔnkɔnsa’ feat. Fra!, ‘No Running’, ‘E be money’ and ‘Back to You.’
Watch Nana Ama’s interview below:
–
By: ghanaweekend.com
Share72Tweet45Send
ADVERTISEMENT