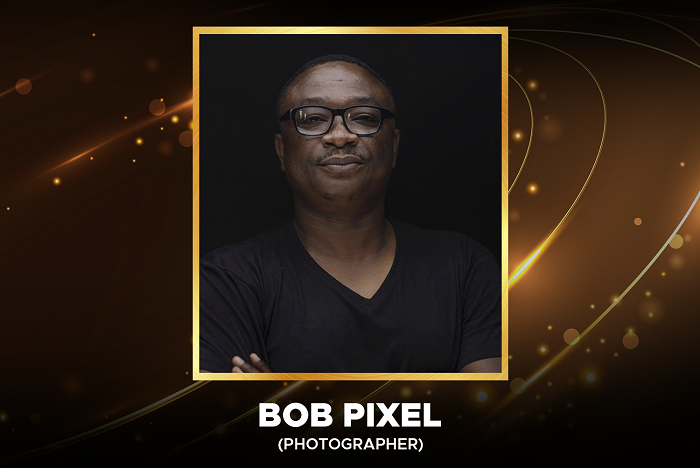 Ghanaian highlife legend Daniel Amponsah, known in showbiz as Koo Nimo, has been given the Special Recognition Award at the maiden Entertainment Achievement Awards.

The eighty-seven-year-old musician was given the honour for is unbridled contribution to the Ghanaian music industry, spanning over five decades.

Ghanaian photographer who passed away a few weeks ago, Bob Pixel has won the Best Photographer Award at the maiden entertainment Achievement Awards

This award category is one that causes people to stop and ponder over the many compelling images that may have caught their attention on Social Media and the internet in general, Billboards, in magazines and via other media. Those photographs would have been captured by talented and skilled photographers, who deserve to be recognised on a stage as mammoth as the Entertainment Achievement Awards.

According to the EAA category definition, “The award goes to the photographer, who would have distinguished himself/herself in the Art of Photography, within the year under review. His/Her work must be diverse and versatile, cutting across various genres of Photography. The EAA Academy shall consider the level of difficulty that may have been endured in order to capture a particular shot. Creativity, humanitarian value, application of technique, clarity of expression and uniqueness of concept are also some of the factors that would lead a photographer to win this category.”

He created his own brand in the form of documenting events like funerals and festivals. He worked with celebrities such as M.anifest, John Dumelo, Yvonne Nelson, Menaye Donkor, Jackie Appiah, and others.

He was to participate in the 2021 International Fashion Week in Amsterdam but for his demise.

Bob Pixel was a photographer known for possessing a keen eye at capturing phenomenal images of tourist sites in Ghana and other social gatherings.

He worked with international agencies such as UNICEF (Living with Refugees), Ecobank, Woodin Fashion, Vodafone, GH Fan Milk, Emirates, Samsung, Coca-Cola, among others.