Is this ‘dumsor reloaded’? – Yvonne Nelson to Nana Addo 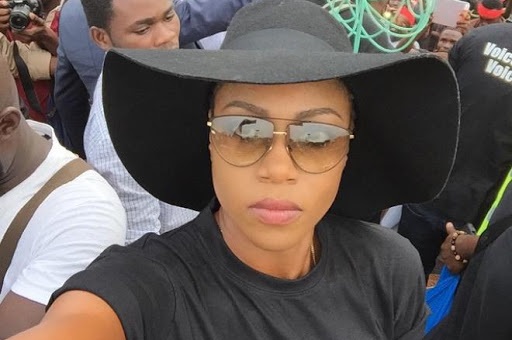 Are we gonna see another Dumsor Must Stop demonstration if the recent erratic power situation does not get better?

The electricity outages which have persisted for some weeks now are actually sacring people of another dumsor season.

One celebrity who led a group of people demonstrate against the dumsor that came in 2015, Yvonne Nelson has spoken again.

In a reply to Nana Addo’s 2012 tweet about dumsor when he was out of office, she wrote: “Mr. President is this DUMSOR reloaded? We haven’t forgotten. #dumsormuststop.”

In 2015, some Ghanaian movie stars joined blue-collar workers in demonstrations against power cuts, marching through the streets of Accra to demand an end to the energy crisis that persisted at that time.

Most people in Ghana, including creatives, said the ‘dumsor’ that occurred a few years ago really affected their business.

The Ghana Grid Company (GRIDCO) recently served notice that it will begin a 4-month load shedding exercise with the Electricity Company of Ghana in some parts of the country.

Mr. Ebenezer Amankwaah, the Corporate Communications Manager of GRIDCo, who confirmed this in a media interview, in Accra, said the load shedding schedule will enable both the ECG and GRIDCo to inform their customers ahead of the outages.