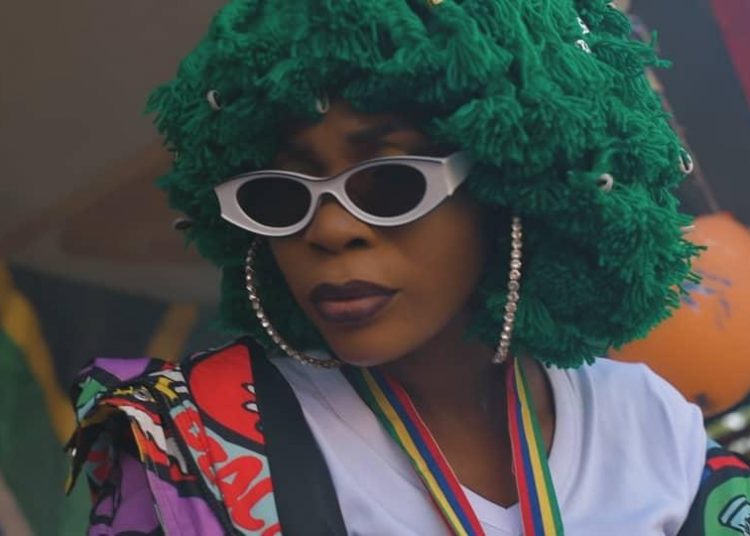 Ama Nova, one of Ghana’s fast-rising afro-pop songstresses, dishes out a colourful and gripping visual for her latest single, titled “7 Miles”.

Featuring an all-girl band, the visual directed by Some Song Studios captures picturesque scenes of Ama Nova performing with a group of female instrumentalists garbed in colourful dresses.

“The visual is very colourful, with the background of the flags of various African countries representing unity,” Ama Nova says about the visual. “Also, I chose to perform with an all-girl band called ‘Lipstick Band’. This can only mean; I stand for women empowerment. I want women to support each other and to be heard.”

According to Ama Nova, the mid-tempo afro-pop song produced by Bodybeatz, and mixed and mastered by Tombeatz, is inspired by a true-life event between an old couple.

“70 per cent of the lyrics were as a result of how I witnessed a very respectable man in church disrespect his older wife in front of a lot of people,” she revealed.

“And the look on the wife’s face got me emotional. I felt her pain that particular moment and said to myself, a lot of women go through this every day. I had to put it in a song (smiles).”

Enjoy the full video below: