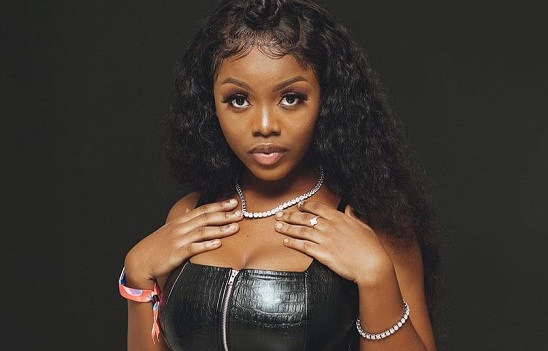 Ghanaian singer Gyakie is really making strides both on the Ghana music scene and intentionally.

The good news is that she has entered the Billboard charts for the second time in just one month, with the remix of Forever’ which features Nigerian artiste Omah Lay.

She follows American rappers, Kamillion and Cardi B, who occupy the first and second positions respectively.

Gyakie made the announcement on Instagram by thanking fans for supporting her music career.

Earlier this year, she made her debut appearance on the Billboard charts with the original ‘Forever’ song, competing with Cardi B, among others.

The twenty-two-year-old singer has been nominated in the 2021 Vodafone Ghana Music Awards in three categories: Best New Artiste, Afrobeat/Afropop Song (with Forever) and EP of the Year category with ‘Seed’.