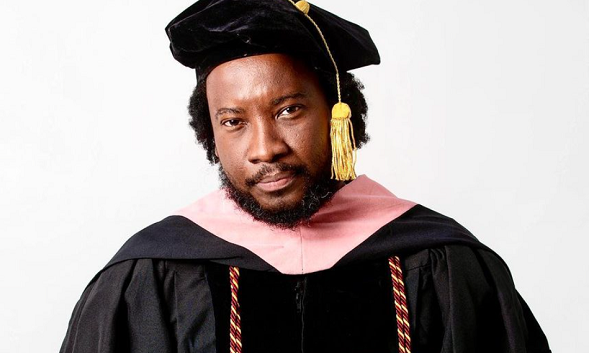 Ghanaian gospel musician Sonnie Badu is not backing down on his defence for all the degrees he professes to have acquired in four months.

The man of God who is based in the United States came under attack after a Twitter user investigated the school where he acquired four certificates in four months and found that the institution isn’t accredited in the US.

After responding to his critics in a Facebook live video, he has again fired back at all the people who think he is lying about his degrees.

“To acquire an honorary doctorate, you have to prove that you are worth it,” he told KMJ on Joy Prime. “They don’t just give it to you if the university is credible. I don’t know how it’s done in Africa.”

“I needed to do something pertaining to ministry (to acquire the degree) so I started working on my bachelors in Ministry and masters in Christian Leadership. Now, there’s something called ‘field of expert’. I have done Ministry for 28 years.”

“I remember when I was dealing with my professor in London, every little experience that I went through, he said, is part of ministry,” he said.