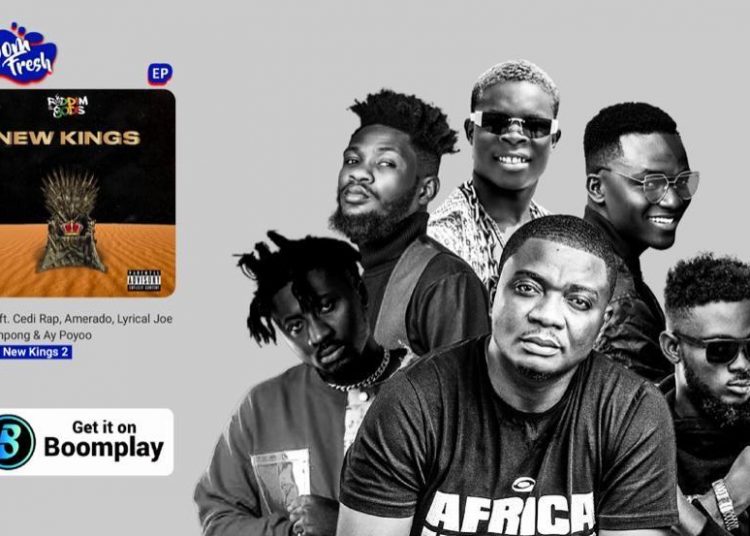 For the ‘The New Kings’ tape, JMJ rallied 11 of the finest new generation Ghanaian emcees for the spotlight in a two-part HipHop experience for music lovers and fans of the ROG project.

“For Boomplay’s resolve this year to focus more and promote upcoming acts and impact their fanbase generation, it was only right to put the tape exclusively on Africa’s no.1 audio and video streaming platform. Boomplay will expose the New Kings to its over 60 million users in the core market (Ghana and Africa) of the artistes,” JMJ corroborated.

Fans can get access to the two tapes on the Boomplay app which is available for free download on Apple Store and Google Play Store for Android users. Boomplay can also be accessed on the web via www.boomplay.com