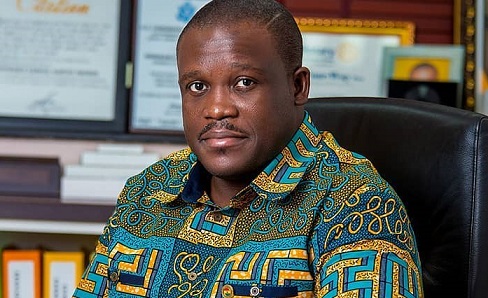 The Member of Parliament for Ningo-Prampram, Samuel Nartey George, has diagnosed reasons why corporate institutions and the government do not invest much in the creative industry.

In an interview with Nana Aba Anamoah on Starr FM, he noted that the creatives have not been given the necessary support because they are hypocrites and love to be more political than the politicians.

“…the people in the arts in this country are hypocrites. They are more political than politicians. When a party comes to power and promises that it is going to do ABC for the creative arts and on the basis of that you see all the creative arts players rally behind that party and four years into the government of that party not even one theatre has been built. They promised a theatre in each region. Not one has been built and when we asked questions in the lead up to the elections that what has been the track record of that government you still have this same creative arts people to come and defend it,” he said.

According to him, the creative people do not hold the governments accountable because of their political interests.

He further said that the Deputy Minister-Designate for Tourism, Arts and Culture, Mark Okarku-Mantey has not used his closeness to the President to help the arts.

Sam George says he expects Okraku-Mantey to hold the President accountable for not opening the cinemas for filmmakers to show their movies at a time when churches and other social gatherings are allowed in the wake of the coronavirus pandemic.