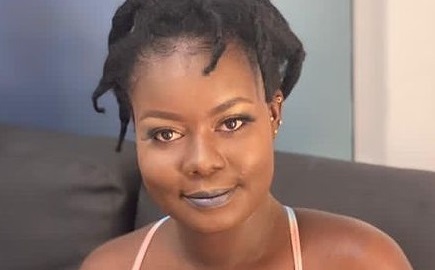 Fatima Mary Owusuwaa, better known as Fatima in the TV3 reality show, Date Rush, has revealed that the men on the show are not her type.

Speaking on The Delay Show monitored by ghanaweekend.com, she explained why she always turns down the men on the show.

“They are too small for me” she revealed.

She added that the men only look lavish but will waste her time in the future.

According to Fatima, she prefers mature and responsible men who will be willing to support her dreams and career.

She also believes rushing for a man on the show is not an ideal way to get a good future partner, attesting to the fact that patience is a virtue.

In addition to finding love on Date Rush, Fatima aims at promoting her music career and building her unique brand.

The Date Rush star claims her sense of fashion is irresistible to the men on the show despite the fact that she appears different.

Fatima believes she has contributed immensely to the growth of the TV3 reality show.