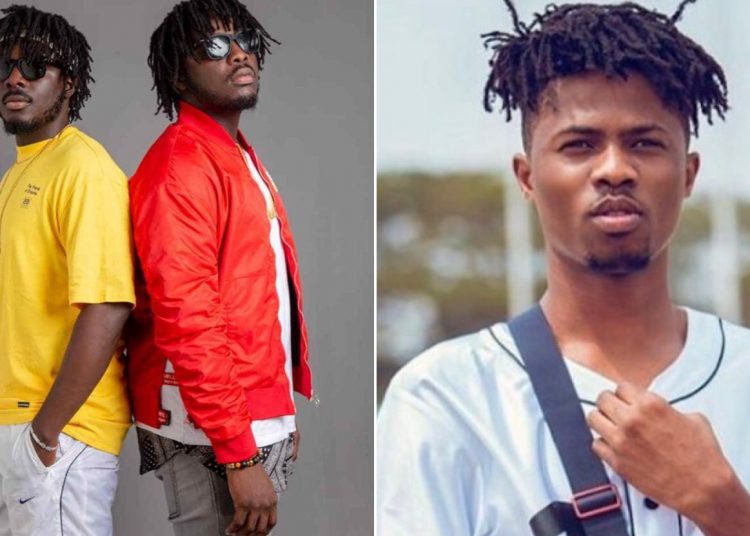 Kwesi Arthur and music duo Dope Nation are not on good terms and it doesn’t seem they will bury their differences any time soon.

Kwesi Arthur in an interview on EBN TV said he is still hurt by some comments DopeNation made about him a few years ago.

“I’m not cool with them because they lied on my name”, he disclosed.

In 2019, DopeNation recounted they were billed to perform at a show at the Ghana Telecom University.
When they were called to come on stage to perform, they were obstructed by one of Kwesi Arthur’s team members. The microphone was snatched from one half of the duo and was given to Kwesi Arthur to perform.

According to DopeNation, it was gross disrespect for Kwesi Arthur and his people to have shoved them off the stage when they were about to perform.

DopeNation, therefore, hit the studio and recorded a diss song for Kwesi Arthur.

After the trolls, observers and fans were expecting Kwesi to react to the afrobeat artistes but he didn’t say a word because he believes it is pointless to give his energy to negative things.

Kwesi says all these allegations are false and a dent on his image.

Asked if he would mind doing a song with the duo, he said he may consider that if the song is good.