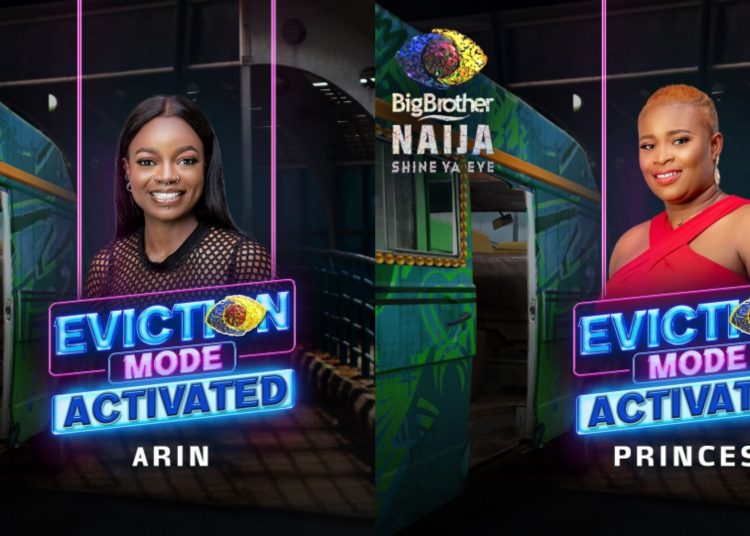 The 24/7 reality show keeps getting intriguing as housemates are evicted weekly. During last week’s eviction, Big Brother pulled a surprise on fans by introducing four new housemates and evicting three but the recent eviction came as expected.

Emmanuel, Nini, Arin, Saskay, Tega and Princess were the nominees who received the highest votes from the various housemates. In the course of yesterday’s live eviction show, Arin and Princess were asked to leave Big Brother’s house.

According to viewers, this eviction rather came as expected as the two housemates didn’t really bring entertaining content into Biggie’s house.

Arin who is known for creating confusion between two or more housemates but later appears indifferent . In her last video she shared with Big Brother after her eviction, she thanked her fans for the support she received and she will be starting her journey and moving on with her life.

Tega on the other hand, couldn’t bring drama into the house, one of the main sources of entertainment in the show. In her interview, she expressed excitement and appreciation to her fans for their support and love they exhibited throughout her time in Big Brother’s house.

The housemates are expected to nominate another set of housemates for Sunday’s eviction after their weekly game of chance.