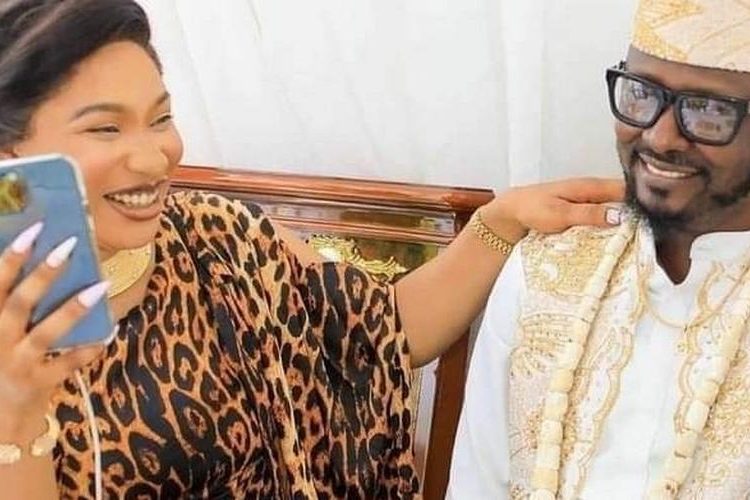 Tontoh found love again in the arms of Mr. Kpokpogri months ago after divorcing from her husband, Olakunle Churchill.

Tontoh and Prince openly displayed affection for each other on Instagram and also luxury gifts and cars that they reportedly splurged on each other.

In the thick of their blossoming romance, Dikeh’s fans pleaded with her to take their affair off Instagram and celebrate each other privately.

The relationship has reportedly crashed after a viral voice note and a phone call between Kpokpogri and a socialite was leaked online by a notorious Instagram gossip blogger.

In the audio, he is heard talking with a lady about his cheating escapades.

The conversation also highlighted the movie star and her unrepentant drinking and smoking habits.

Reports say the two have unfollowed each other on Instagram.

Prince has also said that Tontoh cheated on him and has warned other men not to get closer to her.

He has also hailed Tontoh’s ex-husband in a series of posts on his Instagram Stories.