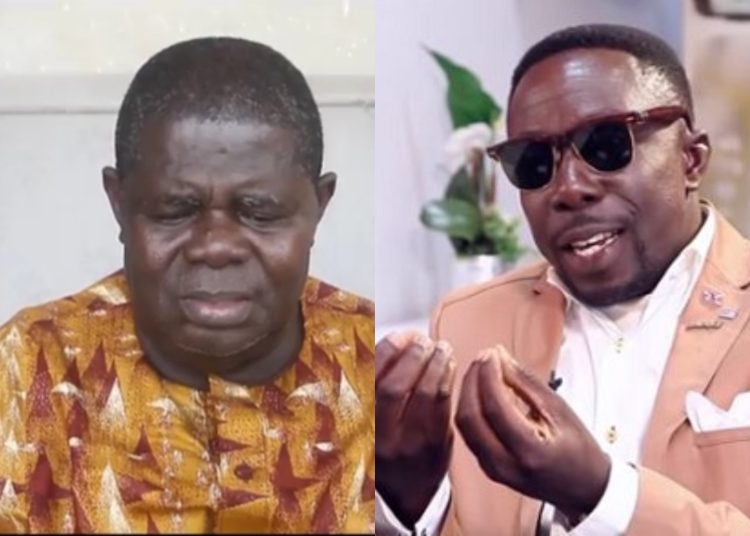 Veteran Actor Psalm Adjeteyfio aka TT of Taxi Driver fame has responded to allegations that he misused funds donated to him by the Founder and General overseer of Glorious Wave Church International Prophet Emmanuel Badu Kobi during one of his visits to his church.

The allegation which was made by comedian Mr. Beautiful was in reaction to TT’s recent statement about how he struggles to pay his rent and other utilities.

According to Psalm Adjeteyfio, he received approximately 6000 cedis from Prophet Badu Kobi in 2019 and not an amount substantial enough to fund the construction of a two-bedroom house.

He also debunked claims by Mr. Beautiful that he misuses donation money given to him.