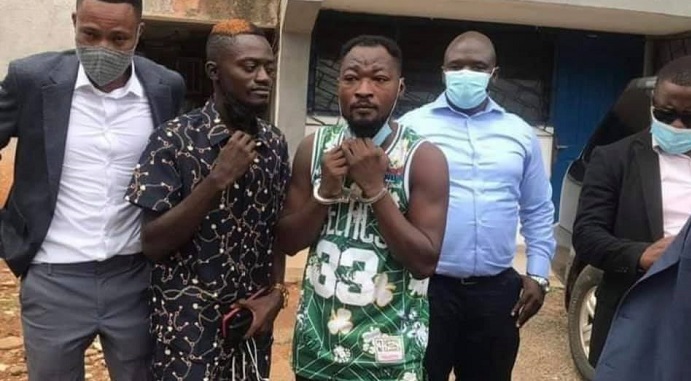 The court gave the order following a request by the police to have the comedian psychiatrically examined.

Funny face during the hearings told the court, he had lawyers but told them not to come because he caused his own problems.

He has been charged with threat of death. Funny Face has been accused of threatening to kill his ex-wife and girlfriend and to later commit suicide.

His plea was not taken.  The court presided by His Worship Kofi Oheneba-Kuffour adjourned the case to the 10th of November 2021.

This is not the first time Funny Face is going through this experience.

Funny Face, who was picked up by the police, was placed behind bars and put before court on Monday.

This comes after he was arrested for allegedly firing a gun in public.