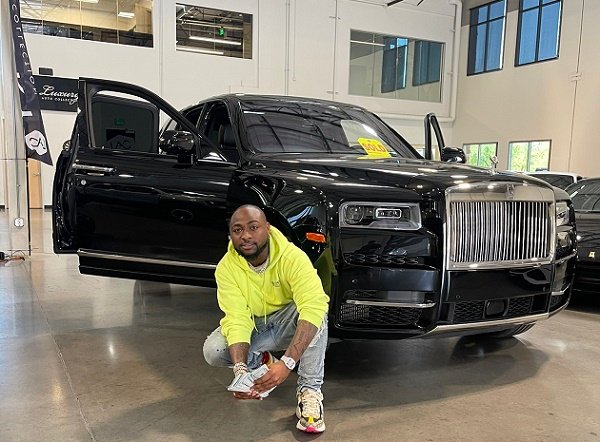 In less than two days, Nigerian singer, Davido has achieved a feat only a few people have on their profile in the history of online fundraising.

After receiving over 170 million Naira from what he started as a joke on Twitter, he continues to express gratitude for the overwhelming support received from friends and well-wishers.

On November 17, 2021, Davido shared his account number to his followers on Twitter handle and Instagram, accompanied by the caption,“If you know I’ve given you a hit song, send me money, Una know yourselves oh.

“I wan clear my Rolls Royce from port abeg.”

The singer who had targeted 100 million Naira started receiving deposits a few minutes after the announcement and got over 25 million Naira.

Davido has so far received more than 170 million Naira.

View Davido’s latest tweet on the fundraiser to clear his new Rolls-Royce: