Eazzy cannot approach me for anything — Kuami Eugene 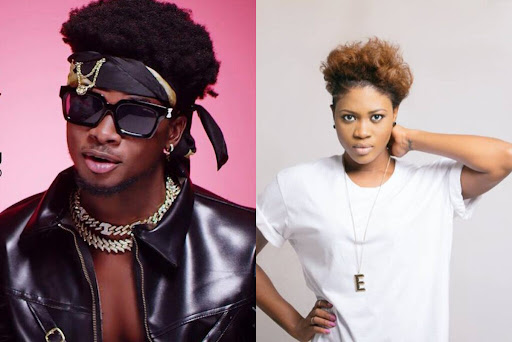 Kuami Eugene says Eazzy is one of the few artists he will never have a music collaboration with.

According to the singer, who is currently promoting his Afro-Highlife EP, Eazzy cannot even approach him for a music collaboration.

Kuami Eugene however was silent on the rationale behind his decision to blacklist Eazzy, who used to be an artiste on Eugene’s record label, Lynx Entertainment.

However, it is possible Kuami Eugene’s posture could be a direct response to a previous comment made by Eazzy during a radio show in 2019, where Eazzy mentioned Kuami Eugene and Patapaa as musicians she would never like to collaborate with.