Reggie Rockstone’s wife pours fire on him for rejecting $5,000 donation from fan

by Lord Kweku Sekyi
in News, This Weekend, Videos
Reading Time: 3 mins read
A A
0 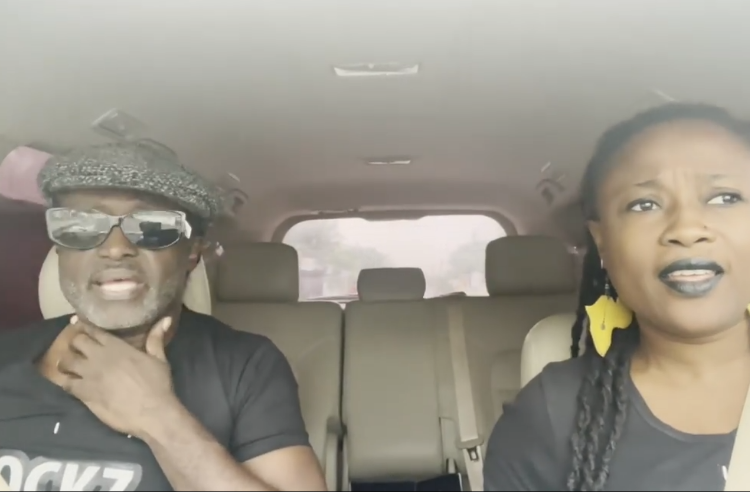 Veteran rapper, Reggie Rockstone, is under fire from his better half, Zilla Limann, following his decision to decline a 5,000 US dollar gift from one of his fans.

Following Davido’s successful online fundraising which was started on November 17 and accrued a total of 250 million Naira in 3 days, Reggie Rockstone started a parody fundraiser which received several condemnations from the public amid support from fans.

In their latest video, Reggie Rockstone can be heard explaining why he started the fundraiser, putting on record that it wasn’t because he was broke as many perceived, and that he would decline offers to assist him financially, including a 5,000 US dollar donation pledge by a fan.

Zilla however disagreed with her husband and urged him not to decline the funds, which, according to her, could be used to support Reggie’s new mens’ products business.