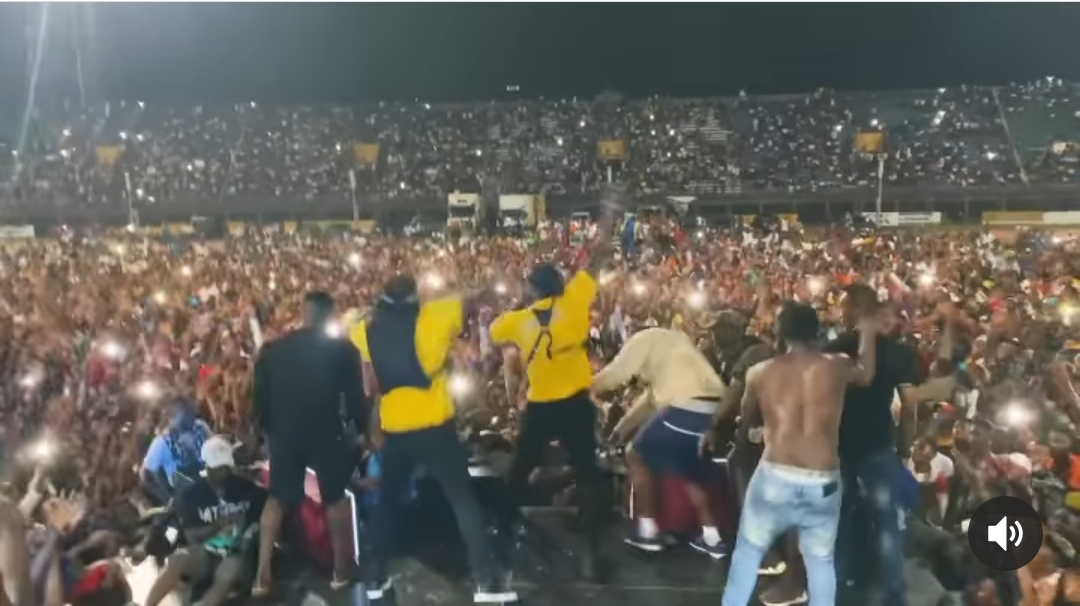 P-Square’s first comeback performance in Freetown, Sierra Leone, was nearly marred by a crowd of overexcited fans who gave the security personnel and bodyguards of the artistes a hard time.

After five years of separation, Nigerian afro-pop group, P-Square announced a surprise comeback and performed for the first time since 2016 at a mega concert in Sierra Leone over the weekend.

The twin brothers had been embarking on their own solo projects since 2017 after the group was disbanded in 2016.

Watch how security personnel had a tough time dealing with fans during the group’s performance: