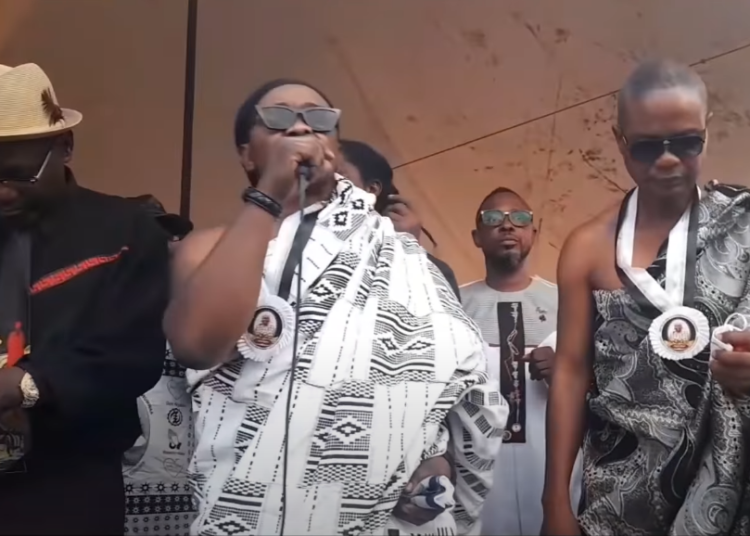 Highlife legend, Nana Acheampong, could not have paid her last respect to her late mother Madam Akosua Addae Adutwumwaa, without singing his popular tribute song, “Obaatan Ena Awia Na” during her funeral at Abuakwa in the Kumasi Metropolis in Ashanti Region.

After allowing other musicians to perform for hours, the veteran singer finally decided to join the band to perform the song, much to the excitement of the crowd.

Nana Acheampong also paused during his performance to put on record that the popular song was composed and released 20 years ago while his mother was still alive.